Davido Calls Out Gov Oyetola Over Protesters’ Death In Osun 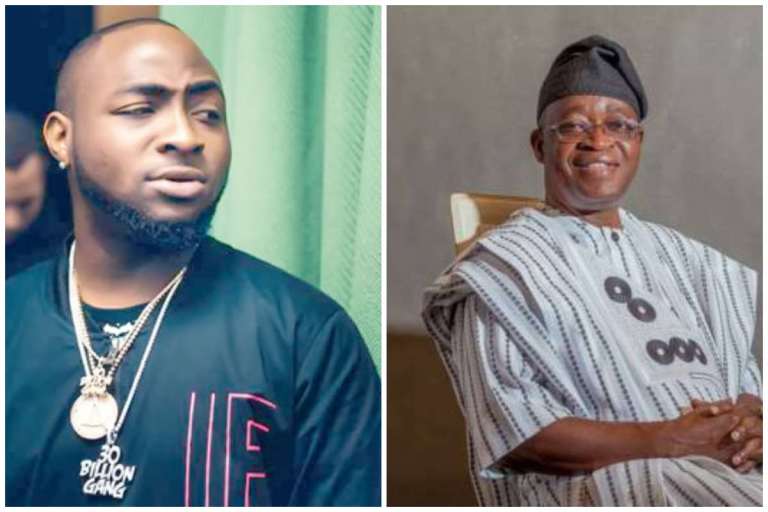 Nigerian music star, David Adeleke popularly known as Davido has voiced out his displeasure over the death of two protesters earlier on Saturday in Osun State.

Oyetola had joined protesters on Saturday, walking with them from Alekuwodo area to Olaiya junction in Osogbo, promising the protesters that their demands would be looked into and that he supported their peaceful protest.

Reacting to the incident, Davido called out Osun State governor, Gboyega Oyetola, saying someone from governor’s shot one of the protesters.

The ‘Fem’ crooner further blasted Oyetola, saying he has failed the state over the death of peaceful protesters.

‘Oyetola you have failed the people of osun under your watch thugs attacked peaceful protesters !!!

‘There is no amount of intimidation that can subdue the ideal whose time is ripe,’ Davido tweeted.

Oyetola you have failed the people of osun under your watch thugs attacked peaceful protesters !!!
There is no amount of intimidation that can subdue the ideal whose time have ripe. @GboyegaOyetola pic.twitter.com/5LaOKvvYe3

The Osun born star then concluded saying the governor must hand over the officer to the police as soon as possible.

I kuku leave u before !! I’m back !!!! @GboyegaOyetola u must report that officer of yours to the station ASAP!!! #EndPoliceBrutality

Meanwhile, Mr Timothy Owoeye, the Speaker of the Osun House of Assembly, has condemned the attack on the state governor.

Owoeye, who is in Abuja for the State House of Assembly Speakers’ Conference, said in a statement: ‘I am disturbed by the sad news coming out of Osogbo where Governor Gboyega Oyetola was attacked during a solidarity walk with the EndSARS protesters.’