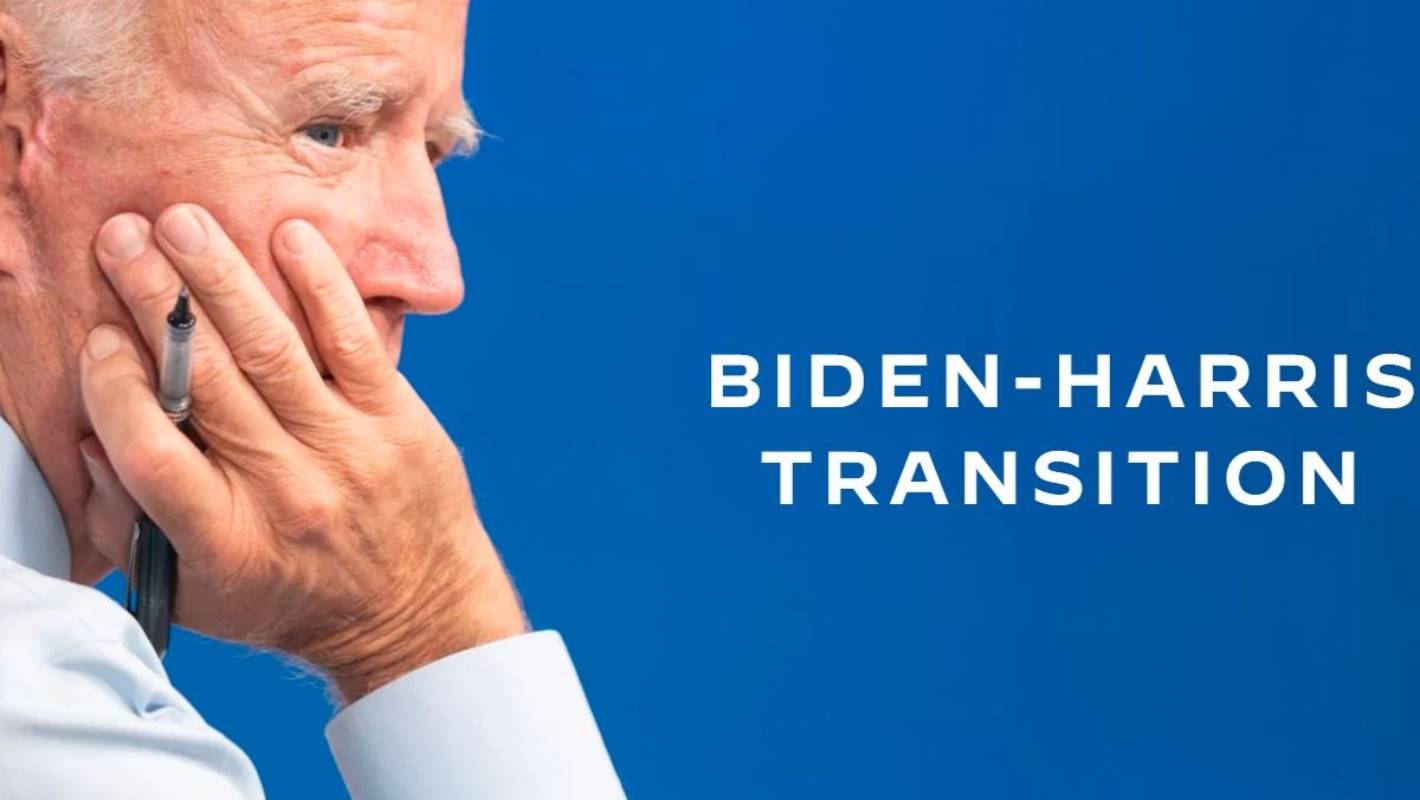 The site, buildbackbetter.com, features only a homepage topped with an image of the former vice president. It says “Biden-Harris Transition” against a solid blue background.

“The American people will determine who will serve as the next President of the United States. Votes are still being counted in several states around the country,” an unsigned message on the site says.

“The crises facing the country are severe — from a pandemic to an economic recession, climate change to racial injustice — and the transition team will continue preparing at full speed so that the Biden‑Harris Administration can hit the ground running on Day One.”

Trump has not conceded defeat and Biden has not quite clinched victory as absentee ballots are counted in remaining swing states.

Trump’s campaign filed lawsuits Wednesday to pause vote-counting in Michigan and Pennsylvania, while demanding a recount in Wisconsin, where Biden is ahead by more than 20,000 votes.

The president’s outlook worsened as time passed, however. The Associated Press and Fox News declared Biden the winner in Michigan on Wednesday night, bringing him within six electoral votes of the presidency with a lead of more than 70,000 votes in that state.

If Biden prevails, he will be the oldest president to take office when he’s sworn as the 46th president on Jan. 20. He turns 78 this month. His running mate, Sen. Kamala Harris (D-Calif.) will be the second non-white vice president and the first of African and Indian ancestry.

“It is clear that we’re winning enough states to reach 270 electoral votes needed to win the presidency. I’m not here to declare that we’ve won. But I am here to report that when the count is finished, we believe we will be the winners,” Biden said Wednesday afternoon in a six-minute speech in Wilmington, Del., with Harris standing nearby.

Trump defiantly declared himself the likely winner in an early-morning speech in the White House East Room, as the counting of absentee ballots began to tilt the results toward Biden in key states. “Frankly, we did win this election,” Trump said, vowing to ask the Supreme Court to issue a ruling to order “all voting to stop.”

To get a ballot dispute to the Supreme Court, lower state or federal courts first must rule on a dispute brought by either Trump’s or Biden’s campaign.

Biden campaign manager Jen O’Malley Dillon told reporters on a Wednesday morning call, “Joe Biden is on track to win this election and he will be the next president of the United States.”

Trump’s hopes to retain office without a bruising court fight rest with Pennsylvania, where his lead is diminishing as absentee ballots are processed, and Nevada, where Biden leads by about 8,000 votes. Officials in Nevada don’t intend to release full results until Thursday and Pennsylvania accepts absentee ballots that arrive through Friday.