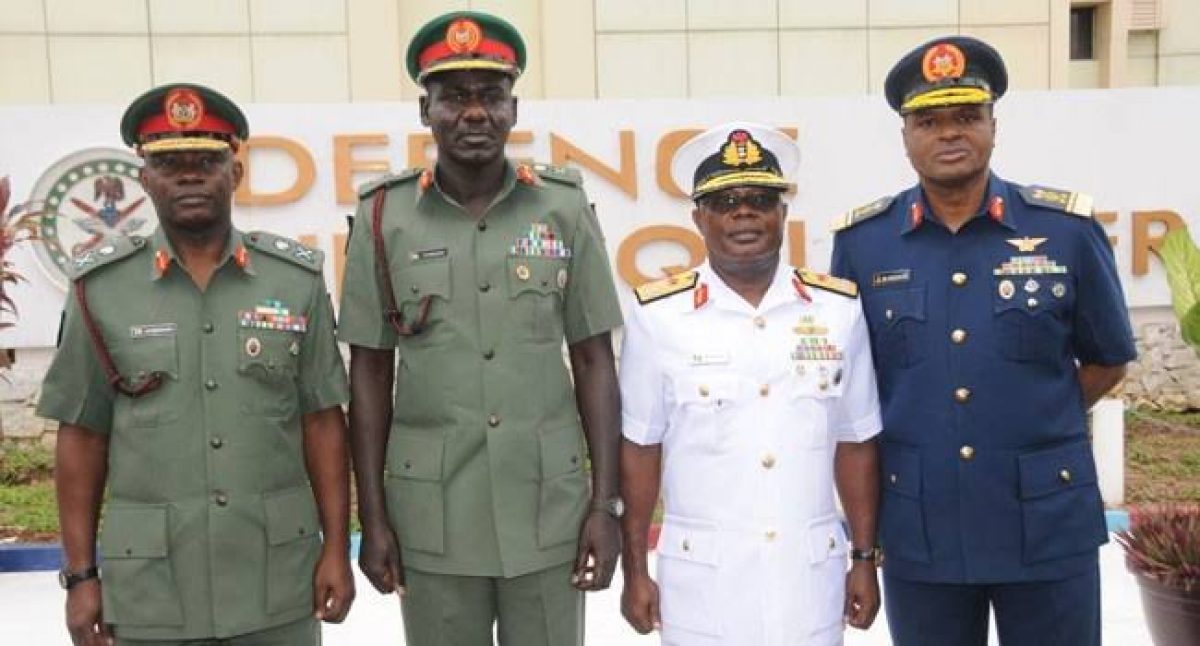 The Boards of the Nigerian Army (NA), Nigerian Air Force (NAF) and Nigerian Navy (NN) have approved the promotion of senior military officers.

A meeting on the elevation was held on Wednesday at the Ministry of Defence, Abuja, PRNigeria reports.

The promoted Army personnel are in the ranks of Lieutenant Colonel, Colonel, Brigadier General and Major General in the NA.

On Thursday, Nigerian Navy issued a statement on the lift of 203 naval officers.

A total of 122 Lieutenant Commanders were promoted to the rank of Commanders, 38 Commanders to Captains.