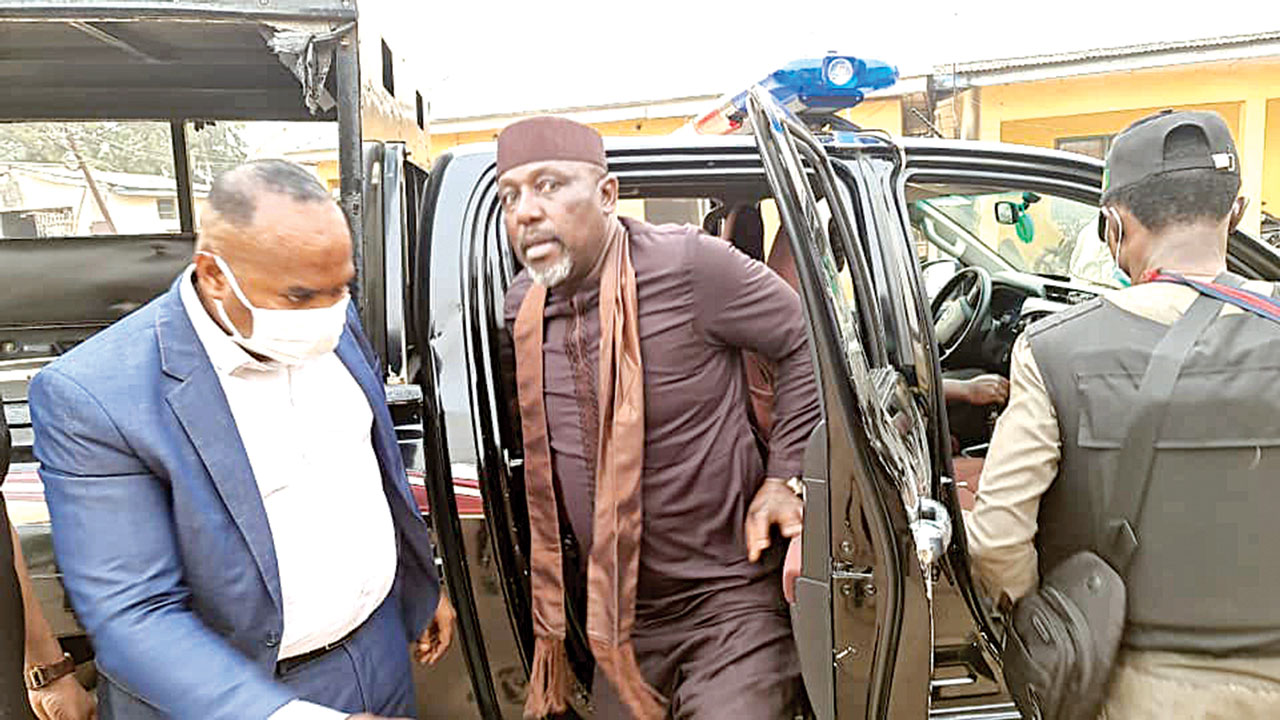 A group of northerners on Friday in Kaduna asked the Nigerian President, Muhammadu Buhari, to either arrest former governor of Imo State, Senator Rochas Okorocha, or release ex-governors Joshua Dariye and Jolly Nyame in Correctional Centres over corruption.

The group under the auspices of Concerned Northern Forum, a coalition of other organizations, equally asked Buhari to mandate the Economic and Financial Crimes Commission to commence the prosecution of the former governor over alleged corruption.

One of the leaders of the forum and National President, Northern Nigeria Youth Forum, Alhaji Abdulsalam Kazeem, who read out the text at a press conference held at the Arewa House, Kaduna, noted that they are disturbed by recent happenings in Imo State because northerners are also reside in the state.

According to Kazeem, the governing All Progressives Congress’ government led by Buhari should either arrest Okorocha over alleged corruption or set free former governors Dariye, Nyame from Prison.

He noted that if the likes of a former Lagos State Governor and National Leader of the APC, Bola Tinubu could be under investigation, why not Senator Okorocha.

Kazeem said, ‘This press conference today would not have been necessary if our leaders applied themselves diligently to their jobs and ensured that those who infringed on the law are punished accordingly irrespective of their position, status, political party, and religion.

‘The disturbing signals we have been getting from Imo State in the last few days where a former governor of the state, Senator Rochas Okorocha, has dared Government and all its institutions and appears to be getting away with it, compelled us to address this conference.

‘Without wasting much of your time, we are here to call on the Inspector General of Police to order the immediate arrest of Senator Rochas Okorocha who was caught red-handed breaking the law. Except the police are telling us that Okorocha is above the law as he had boasted, he should be taken into custody immediately.

‘Similarly, we are urging the newly appointed chairman of the EFCC, Abdulrasheed Bawa, to reopen investigations into the myriads of allegations against Okorocha. The people of Imo State are daily weeping, bemoaning their fate in the hands of this tyrant who after whipping them does not want them to cry.

‘We have not lost faith in the ability of the police and the EFCC to carry out their jobs effectively. We can also not accuse them of the selective application of the law. Two former Governors from the north are serving sentences for corruption. So why is Rochas Okorocha still a free man? This is the big question begging for an answer.’ He concluded.