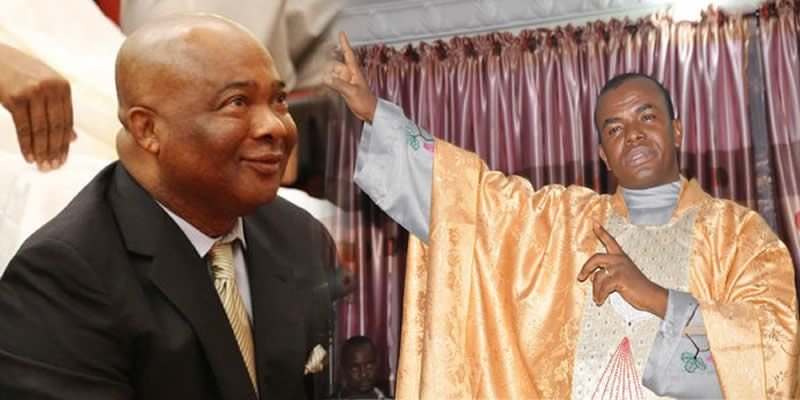 Recall that in his 2020 New Year message, the popular cleric had ‘prophesied’  that Uzodimma of the All Progressives Congress (APC), a former Senator, would be sworn in as governor.

‘Imo people have suffered (but) God is raising a new hope that would be an agent of salvation for them’, he said back then.

Emeka Ihedioha of the People’s Democratic Party (PDP) was the incumbent when Mbaka gave the prediction. Imo elders in the party dismissed the ‘prophecy’.

However, things has taken a different turn as Mbaka has disclosed that since Uzodinma assumed power, he has not answered his phone calls.

The clergyman also told the people that the governor also yet return to the church to show appreciation.

‘It’s not that I’m asking for money, it’s that I should advise him for good governance’, Mbaka said while speaking to journalists on Sunday.