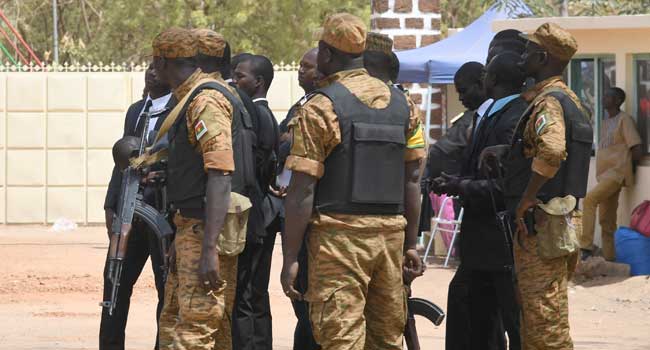 Attacks on a village and troops in the north and east of Burkina Faso have left no fewer than 15 civilians and one soldier dead, a regional governor and security sources revealed yesterday.

A brutal resurgence of jihadist violence in the West African country has pushed away no fewer than 16,000 people from their homes in just the last two weeks, prompting a fresh military offensive.

An attack overnight Tuesday targeted a village near the town of Tin-Akoff in the north where people were celebrating a baptism, leaving 15 dead and one wounded, the governor of Burkina’s Sahel region Colonel Salfo Kabore said in a statement, adding that all the casualties were men.

He said assailants torched a nearby hamlet where troops were deployed to “assist people and carry out search operations”.

A security source said an attack on Wednesday using an explosive device hit a military convoy in the east of the country, killing the soldier.

Jihadists in the region frequently use roadside bombs against their targets.

The Tin-Akoff area has already suffered two attacks since May 8, with three killed in each.

The poor West African country has suffered jihadist attacks since 2015, with more than 1,300 people killed and a million displaced.

In the face of attacks that have forced more than 17,000 people from their homes, the army launched an operation in the north on May 5.

The operation, named Houne — Dignity in the Fula, or Peul, language — is expected to last more than a month.