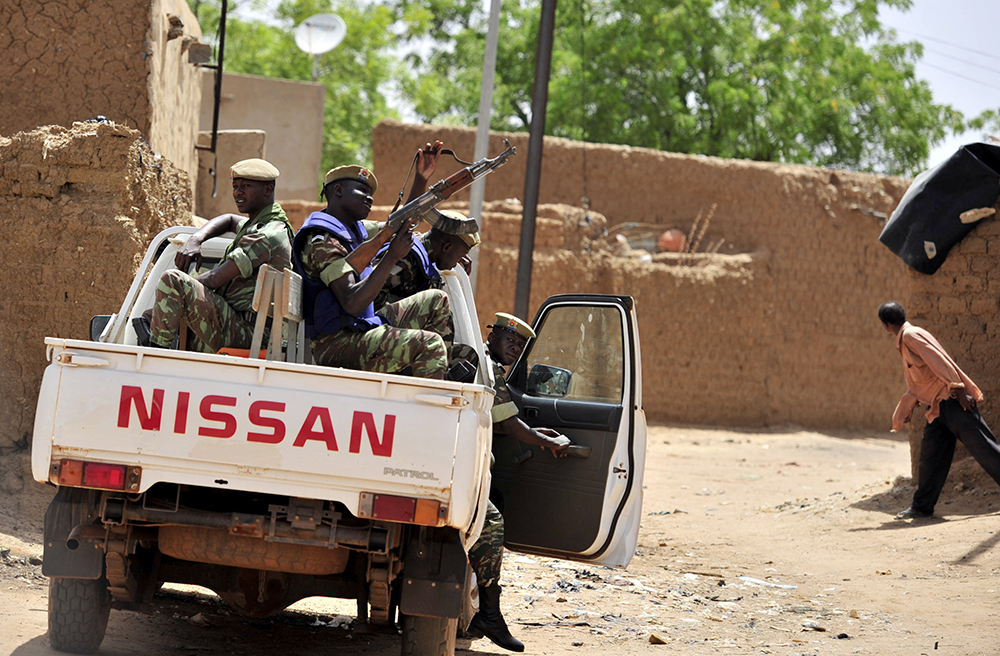 Niger and Burkina Faso’s armies have hailed the positive results of joint operations against jihadist forces, boasting that they had so far killed more than 100 ‘terrorists’ this month.

This joint statement is coming barely weeks into their coordinated campaign along their common border against the jihadists who are widely believed to be behind a string of deadly attacks there.

Operations involving several hundred soldiers from each army have been carried out on both sides of the border, said the Burkinabe military command.

So far they have killed more than a hundred ‘terrorists’, destroyed around a hundred of their motorbikes and other vehicles, as well as capturing or destroying weapons, said the joint statement.

‘These results have lived up to our expectations,’ said General Salifou Modi, chief of staff of Niger’s army, during a visit to a military camp at Dori, the capital of the Sahel region, in northern Burkina Faso.

A good number of jihadists had also been arrested, he added.

The troops on the ground for Operation Taanli — ‘alliance’ or ‘cohesion’ in the local Gulmacema language of eastern Burkina Faso — have also had air support for reconnaissance and search operations.

The operation has focused on Tera and Torodi in Niger, as well as Dori, Mansia and Diapaga in Burkina Faso.

“In these areas, the populations will be left in peace — at least for a while,” said General Moise Miningou, chief of staff of the Burkinabe army. “We think that is what is essential.

‘We are poor countries and our future lies in being able to pool our meagre resources,’ he added.

That way, he said, ‘we will get much better results. That’s what has been done and we don’t mean to stop so far down the right track.’

The two impoverished countries of western Africa have had to contend with repeated attacks from jihadists since 2015, which have claimed hundreds of lives and forced thousands to flee their homes.

Africa Today News, New York gathered that the attacks have been attributed to groups affiliated with the Islamic State organisation or to Al Qaeda.