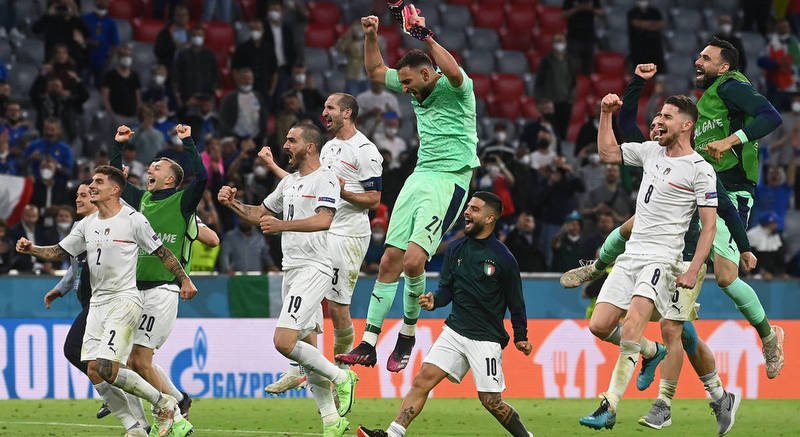 Spain and Italy have booked their places in the last four of the ongoing European Championship at the expense of Switzerland and World number one, Belgium.

Luis Enrique’s Spanish side, they needed a tense penalty shoot-out to see off a stubborn 10-man Switzerland.

Read Also: Euro 2020: Wales Qualify For Round 16 Despite Italy Defeat

They had taken the lead after Jordi Alba’s volley was deflected in by Denis Zakaria’s loose leg.

The Swiss equalized in the second half through Xerdan Shaqiri.

When it ended 1-1 after 120 minutes, it went to penalties where Switzerland missed three kicks.

Spain will face Italy in the semi-final, after Roberto Mancini’s men beat Belgium 2-1.

Nicolo Barella and Lorenzo Insigne gave the Azzuris a two-goal lead before Romelu Lukaku pulled one back from the spot.