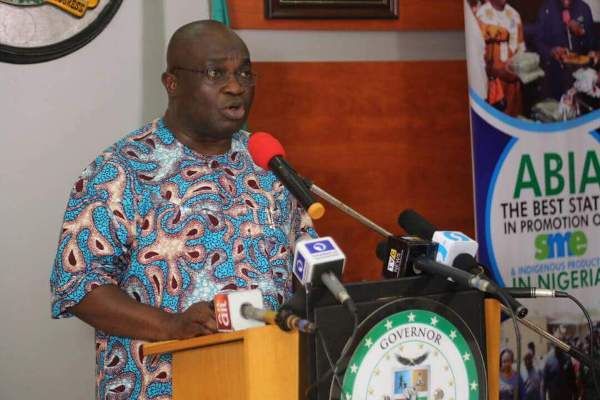 On the 18th of July, 2021, the Governor of Abia State, Okezie Ikpeazu received the 2019 Vanguard Governor of the year award by the Vanguard Newspaper during his second tenure as Governor in the State. This award is given to Nigerian Governors annually and it signifies the amount of input and impact that a Governor has made among his people and to Nigerians at large. 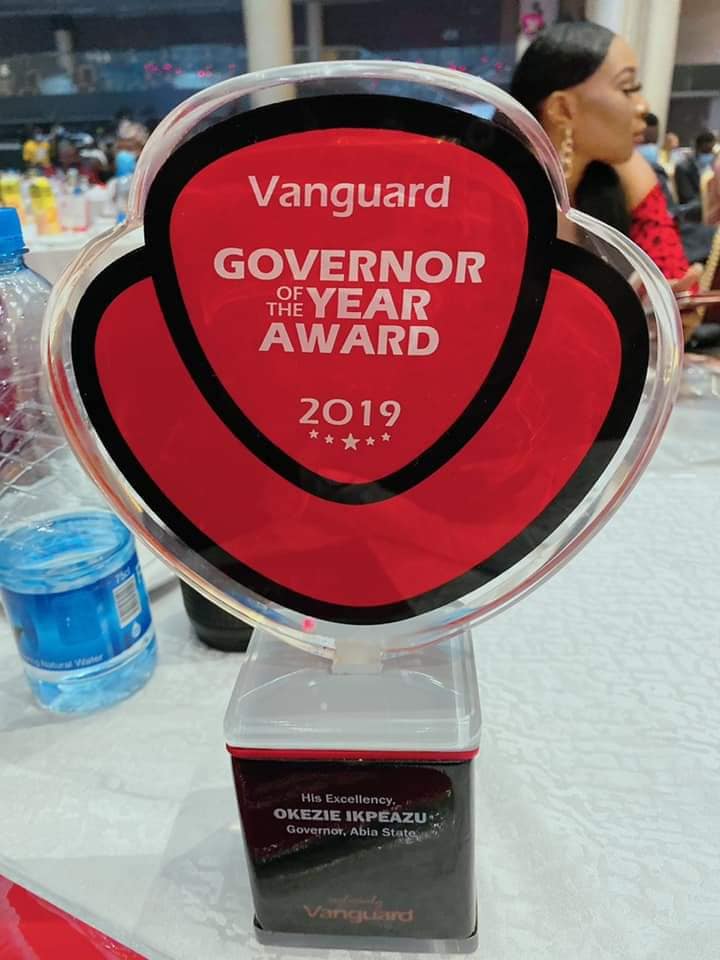 The award is usually meant for model Governors who have made an immense contribution to their States and their Geopolitical Zones, Governors who have contributed positively to infrastructural development, security and other social benefits which would lead to the betterment of their wards and other individuals benefiting from their rule. Handing this award to a Governor like Governor Okezie Ikpeazu is pure hypocrisy and very foolhardy of the stakeholders of the Vanguard Newspaper. It also goes a long way to show that this award was not at all based on merit or accordance if his actions as Governor are put into retrospect.

Governor Okezie Ikpeazu is one of the worst Governors in Nigeria under this present administration and this is not a secret. A cursory glance at his achievements over these past few years that he has been Governor would show a scorecard that is terribly below par. His tenure is riddled with corruption, embezzlement, nepotism and lackadaisical leadership style. He is a very notorious leader who trends mostly trending always for the wrong reasons in his state. His style of leadership and governance are completely nothing to write home about because he lacks experience, tact, prudence, morality, and creativity expected of a basic leader and not to talk of a Governor. Right from his election, his maladministration has been riddled with fraudulent dealings which he carries out in an organised manner with the help of his cronies and stooges parading as Government Aides.

Okezie Ikpeazu’s leadership style when compared to other better Governors is nothing to write home about and this is because he is as backward as his thoughts and one oftentimes can’t help but wonder, how he even acquired a doctorate degree with his kind of myopic, underdeveloped thinking. These assertions are reaffirmed in his naive policies and lacklustre style of leadership, where more monies are spent advertising non-existent projects than actually carrying them out. The same way he coerced and sweet mouthed Vanguard Newspapers to beautify him with an award which every average Abian knows that he is very undeserving of.

Under the so-called ‘Governor of the Year’s’ tenure, the only visible and tangible projects in his State are the Federal Government projects, the popular Factory Road that hosted multinationals and other indigenous companies are currently in a shadow of itself. No infrastructures, no amenities that can attract investors into Abia State, despite the huge potentials (human and natural resources) that the State is blessed with. The formerly referred Abia transport Company that changed the face of the Nationwide and Trans-African transport system has lost all its functional vehicles under Governor Okezie Ikpeazu’s maladministration.

Over time, Governor Okezie Ikpeazu has also built up a terrible reputation for owing salaries and arrears. Different unions and organisations under the Abia State Government have come out to lament the ill-treatment being meted out to them by the Governor Okezie Ikpeazu led Government. The Academic Staff Union of Polytechnics (ASUP) recently sent a petition to the National Human Rights Commission for over 20 months of unpaid salaries by Governor Okezie Ikpeazu of Abia. The Medical staff and health workers in Abia State University Teaching Hospital (ABSUTH) have also continued to lament the non-payment of salaries by the Okezie Ikpeazu-led government. The health workers, who had last received salary in May 2018, bemoaned the lack of willingness on the part of Ikpeazu to pay outstanding salaries. Workers of a transport company, Abia Line Network Company, have hosted protest over protest against non-payment of their 25 months salary arrears and Doctors under the Abia State Hospital Management Board (HMB) in conjunction with their parent body, the National Association of Government General Medical and Dental Practitioner (NAGGMDP), Abia State Chapter recently took to the media to cry out on their 15 months salary arrears being owed by Governor Okezie Ikpeazu and this was the man who a National newspaper deemed fit to hand over an award like this to. It is nothing short of a joke taken too far, a slap on the faces of the poor Abians who are receiving the brunt of his terrible leadership.

Governor Okezie Ikpeazu has also been labelled as an unrepentant looter who siphons Internally Generated Revenue (IGR) funds and Federal allocations immediately they are made available to him. His recently exposed string of private companies located in China, Taiwan and his major stakes in large export establishments in the United Kingdom were funded with the Made in Aba campaign which he launched during his first tenure. And this blatant fraud often carried out by the help of his numerous stooges masquerading as Aides, Special Advisers and Senior Special Assistants.  Ikpeazu’s aides who aid in this looting and pilfering process have made a huge fortune from these fraudulent deals.
The Governor is equally fond of running a Government of nepotism to the detriment of the entire people of the State. Even the so-called projects which he promised to handle in his second tenure have all turned out to be a farce. And it is quite painful that the Vanguard Newspaper was all aware of this fact before they possibly received their gratification to twist the narrative, and honour a dishonourable man like Governor Okezie Ikpeazu who ought to be in the custody of EFCC if not for the Immunity, he enjoys as the number one citizen of Abia State with the ‘Governor of the Year’ award. This despicable act by Vanguard has gone a long way to show that the once revered Vanguard Newspaper has lost their integrity in robust journalism, only to encourage a looting Governor as Ikpeazu to continue in his looting of public treasury with impunity.