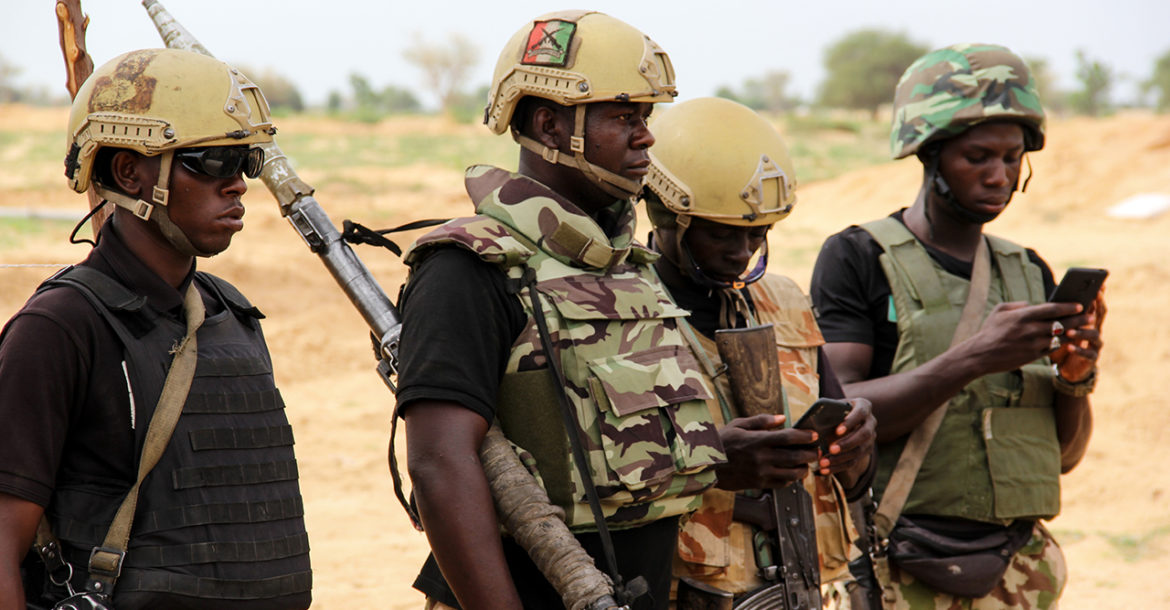 The Nigerian army has raised an alarm that the Islamic State of West African Province (ISWAP) has started recruiting massively.

The Director, Army Public Relations, Brig. Gen. Onyeama Nwachukwu, made this disclosure at the Headquarters of the Theatre Command, Operation Hadin Kai Maimalari, during a tour in Maiduguri, Borno State, on Monday.

He advised the members of the public to be on the lookout within their immediate environment, adding that it is very important to engage the media to block this recruitment.

‘I will like to mention that the ISWAP, very recently, have been depleted by the surrendering of their member, as well as and conflict between them. They have embarked on what I will call a massive recruitment drive and I consider it very important to engage the media to block this recruitment.’

‘There are also the questions on the reintegration of these insurgents. Another question is what the plight of the victims of the insurgency is.

‘That is the essence of this tour. The military is not resting on its oars in the fight to end insurgency and insecurity in the country,’ Nwachukwu said.

Nwachukwu also said the fight against insurgency in the North-east had recorded success.

‘At some point, the insurgents almost took over the three state capitals of Adamawa, Borno and Yobe in the North-East. Some three years back, Boko Haram was advancing towards the Federal Capital Territory. Today they have been boxed in to the Timbuks’ he added.

The theatre Commander, Theater Command, Operations Hadin Kai, Maj. Gen. Christopher Musa, also said the military have been trying their best in handling the issue of Boko Haram within the international laws.