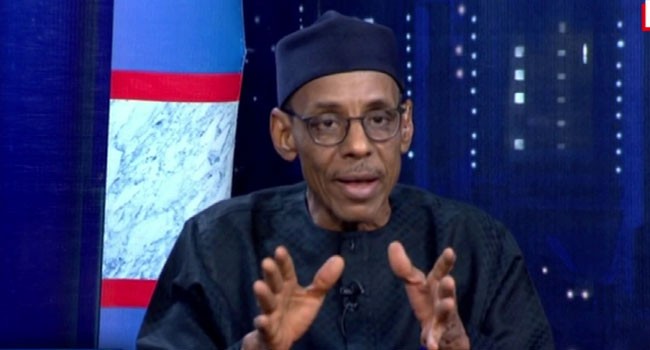 The Northern Elders’ Forum has warned Pan Niger Delta Forum (PANDEF) against issuing any threat over the presidency as it won’t be tolerated.

The forum stated this as a reaction to PANDEF’s statement that the north should wait till 2031 before producing another president.

Africa Today News, New York recalls that in a press statement issued in Port Harcourt on Thursday by its National Publicity Secretary, Ken Robinson, said it should be unthinkable that the North should contemplate clutching onto the presidential seat at the end of President Muhammadu Buhari’s two tenures of eight years.

However, in a chat with newsmen, Dr. Hakeem Baba Ahmed, NEF’s Director of Publicity and Advocacy, warned that perhaps PANDEF and other groups have not been listening to the north when it stated that it shall not be threatened or intimidated by any group or region.

‘The truth of the matter is, whatever PANDEF says, no matter what any group says, the fundamental right of every citizen to elect his candidate and the rights of all political parties to choose candidates must be respected. Between this legal provision and the exigencies of managing a plural and diverse nation, politicians should fill the vacuum by doing the serious work.’

‘The north is willing to sit down with anybody and discuss how these things can be done, but we can’t get anything by threats and again, we have said this so many times, don’t threaten the north, we will not be intimidated, there is a way to do this, it is what the law says we should do, it is what the political process demands we should do. And when you keep speaking in this kind of language, it just simply foul the atmosphere,’ he said.

He advised PANDEF and other organisations to insist on a competent Nigerian who must run an inclusive administration that will integrate everybody into the process.