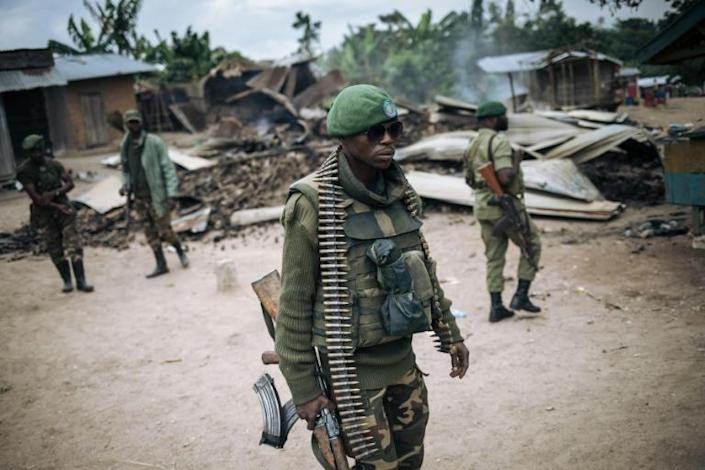 Eleven civilians have been killed by jihadist fighters from the notorious ADF group over the past two days in eastern DR Congo, officials said Sunday.

‘We have just lost another seven people, including a woman, massacred in the Gala district’ overnight Saturday, Lewis Thembo, president of the local civil service organisation in Bulongo, told Newsmen.

Shops and a pharmacy were looted by the “ADF enemies” who waged the attack, Thembo said, denouncing “failures in military command.”

North Kivu, where Bulongo is located, and neighbouring Ituri province, have been under a “state of siege” since May to curb ADF bloodshed.

But the violence continues.

Four civilians were also killed the previous night in an attack near Bulongo also attributed to the ADF (Allied Democratic Forces).

According to a respected US-based monitor, the Kivu Security Tracker (KST), some 120 armed groups operate in eastern DR Congo, of which the ADF is considered to be the deadliest.

In March the United States officially linked the ADF, a historically Ugandan Islamist group, to the Islamic State.

‘The rebels attack civilians where there are no soldiers,’ Bertin Mputela, a commander of military operations in the area, told the press.

‘They were hit yesterday, but as they fled, they started to disturb the population because there were no soldiers.’

‘The Congo is big… it’s difficult to put a section of soldiers in every village.’

Army spokesman Antony Mualushayi, meanwhile, told reporters a woman whom he said was Ugandan and the wife of a high-ranking ADF commander was detained.

She was ‘captured with a baby and 14 other fighters in Kasindi’, on the border between Uganda and the DRC, he said.