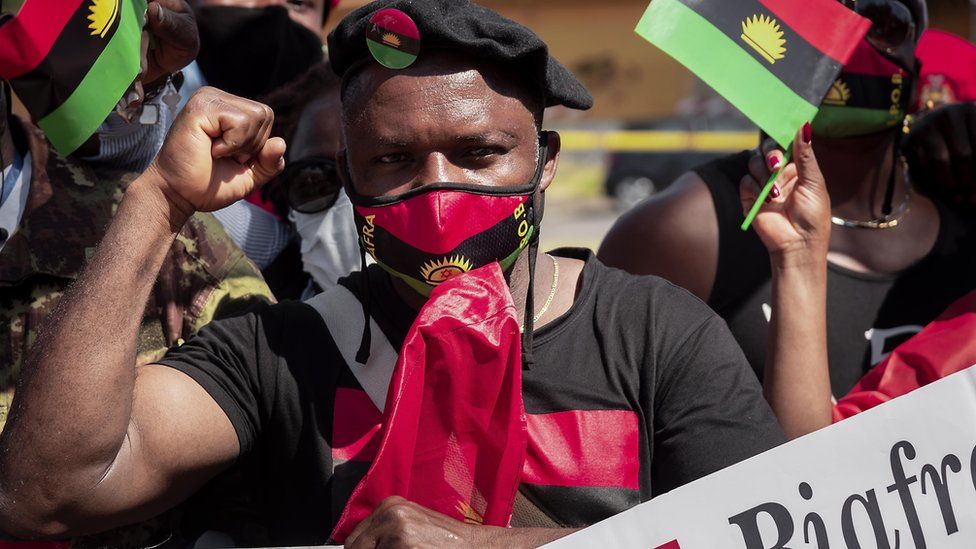 The Indigenous People of Biafra, IPOB, on Sunday called on Southeast governors to release all “Biafran youths” in detention across the region.

IPOB said failure to ensure the release of these youths, Southeast governors would face the wrath of the people of the region.

Emma Powerful, mouthpiece of the separatist group, issued the warning while condemning the arrest of innocent youths and tagging them operatives of the Eastern Security Network, ESN.

Powerful lamented over the continued killings, abductions, and destruction of properties in the Southeast.

A statement signed by Powerful reads: “We the global movement and family of the Indigenous People of Biafra (IPOB) ably led by our great leader Mazi Nnamdi KANU wish to reiterate once again to place the world on notice over the incessant abductions, killings, arresting and burning down of properties worth billions of Naira in Biafraland by the compromised Nigeria security agents operating in Biafraland.

‘They have continued to arrest innocent Biafrans tagging them ESN and IPOB members just to hang them while the real mass murderers – Fulani bandits are roaming freely on the streets. We strongly condemn the arrest of a lady in Obowo Imo State whom we understand is to be wedded by December this year. What wickedness to keep a lady about to wed in detention for committing no crime other than being a Biafran! Can this be done to a Fulani? Yet our political elite see no evil in this!’

‘We wonder if South East governors still have any modicum of shame in them? How do they pride themselves as governors when the Fulani are busy clamping their youths into cells and killing others and down properties worth billions with impunity yet they watch idly and do nothing?’

‘These governors should brace up for the wrath of the people if they fail to secure the immediate release of all innocent Biafrans youths illegally detained by the hypocritical NIGERIA security agencies in their States. We equally condemn several attacks in communities in Orsu, Orlu, Obowo of Imo and Ihiala LGAs in Imo and Anambra States.’

The separatist group urged religious and traditional leaders to call Southeast governors to order and prevail on them to release youths in detention.