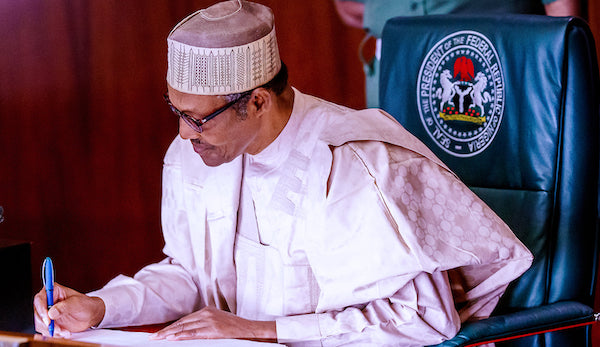 President Muhammadu Buhari has announced the approval of a fresh ₦656.112 billion Bridge Financing Facility or bail-out funds to the 36 States of the country.

This move was made known on Thursday at the National Economic Council (NEC) meeting presided over by Vice President Yemi Osinbajo.

In a statement issued after the meeting, Vice Presidential spokesman, Laolu Akande, revealed that each States would receive ₦18.225 billion with a 30-year tenor, and a 2-year moratorium at an interest rate of 9%.

According to the presidency, this step was taken in a bid to help state governments meet financial obligations, especially the previous budget support facility due for repayment.

The Honourable Minister of Finance Budget and National Planning, Dr Zainab Ahmed, informed the Council that the Bridge Facility is now being processed by the Central Bank of Nigeria (CBN).

The approved Bridge facility of ₦656.112 billion will be disbursed in six tranches over a period of six months to the States.

It would be recalled that on 15th of July, 2021, the Council had received updates on the Budget Support Facility to States. At that meeting, the Finance Minister had informed the Council that the deductions from State Governments would commence soon as repayment for the previous bailout from the CBN.

Subsequently, the States sought further support leading to the idea of bridge financing.

Dr Shuaib noted that Nigeria has received over 100 million doses of COVID–19 vaccines (from COVAX, African Union, other countries) which he said was sufficient to ramp up vaccination for about 50 percent of the targeted population.

The total eligible population of Nigerians for the vaccine is over 111 million, he added.

‘Given the availability of vaccines, we have started rolling out a plan to vaccinate 50 percent of Nigerians, 18 years and above by January 31st, 2022,’ the NPHCDA DG said, adding that there would be a scaling up of over 3,000 health facilities nationwide.

In his presentation to the Council on State performance report on COVID-19, the Director-General, Nigeria Centre for Disease Control (NCDC), Dr. Ifedayo Adetifa said Nigerians must continue to maintain and sustain the COVID-19 response, especially as it enters the holiday period where there will be anticipated travels within and outside the country, as well as mass events to herald the holiday season.