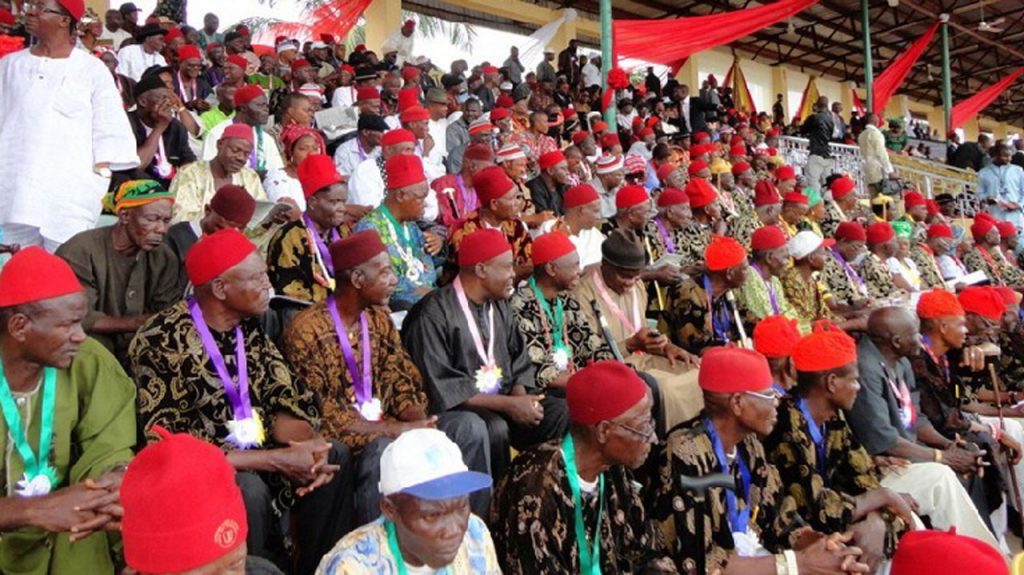 Apex Igbo socio-cultural organisation, Ohanaeze Ndigbo has declared that there was no possibility of assassinating Mazi Nnamdi Kanu.

The group said this in reaction to an alarm raised by the Indigenous People of Biafra, IPOB, over Kanu’s safety.

Ohanaeze in a statement by its Secretary-General, Mazi Okechukwu Isiguzoro said the Federal Government would never contemplate such as it knew the implications.

‘Attempts to assassinate Nnamdi Kanu will end Nigeria; the Federal Government knows the consequences of hurting a British citizen in their custody.’

‘Such stories of assassination attempts is a ruse and will likely lead to creating disaffection to the already sealed deal between the FG and the neutral Igbo leaders for the release of Nnamdi Kanu,” Isiguzoro said in the statement made available to Africa Today News, New York.’

He commended President Muhammadu Buhari for initiating a dialogue with neutral Igbo leaders led by Pa Mbazulike Amaechi without any South-East politician.

Read Also: Nigeria Would Cease To Exist If Kanu Is Assassinated – Ohanaeze

He noted that “Igbo politicians are the major problem in the South-East.

‘The process for the release of Nnamdi Kanu began with the closed-door meeting between Buhari and Igbo leaders held yesterday (Friday) in Abuja.’

‘We hope that the FG will be sincere enough to keep their side of the bargain and shouldn’t be listening to the deceitful tales of the South-East politicians’.

The Ohanaeze scribe also told the IPOB to stop criticizing Buhari but channel their antagonism on South-East politicians who he said had squandered the people’s resources from 1999 to date.