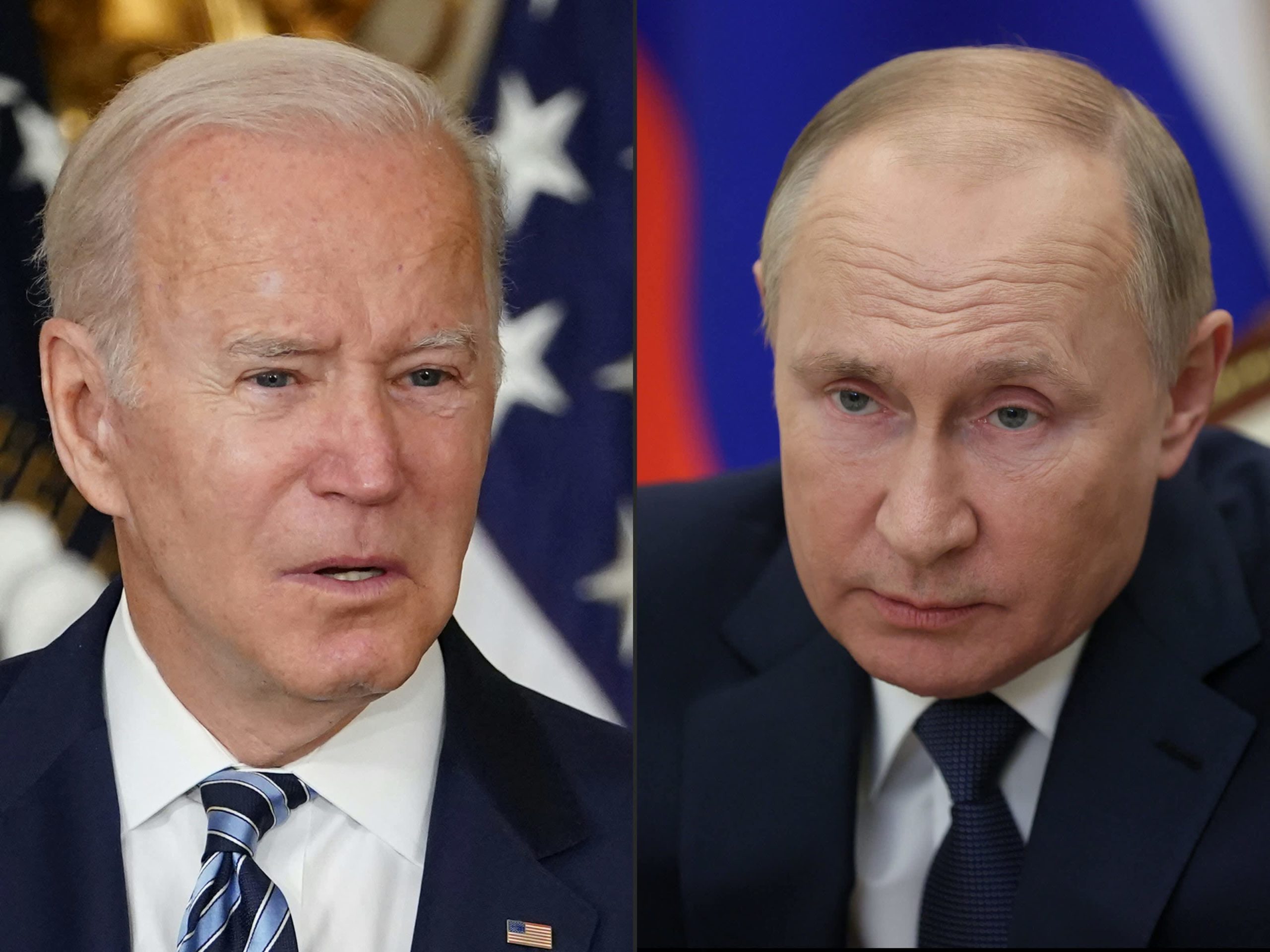 President Joe Biden was to warn Vladimir Putin in a video call Tuesday against invading Ukraine, threatening painful sanctions and more US military support for Eastern Europe if the Russian leader triggers a military conflict.

Russia denies any plans to move against Ukraine, but with satellite pictures showing massive troop concentrations on the border, fears are growing over war in Europe.

Biden and Putin, who last met in Geneva in June, were to begin their video summit at 1500 GMT — 10:00 am in Washington and 6:00 pm in Moscow. Unlike a similar video link between Biden and Chinese President Xi Jinping three weeks ago, the Putin call was taking place entirely behind closed doors.

The United States says it doesn’t know what Russia intends to do in Ukraine, but has raised alarm over movements of what US officials say are some 100,000 battle ready troops.

Putin intends to tell Biden of concerns that Ukraine’s growing alliance with Western nations threatens Russian security — and that any move by Ukraine to join NATO would be crossing a red line.

Even though Ukraine is nowhere near being able to join the US-led military alliance, Putin wants a ‘legal’ guarantee this will never happen.

‘Our president is ready to convey his concerns to his American colleague, listen to his concerns and give appropriate explanations,’ Kremlin spokesman Dmitry Peskov said Tuesday.

‘Russia has never planned to attack anyone,’ he said. ‘But we have our own red lines.’

The United States and NATO say Russia cannot be given a veto over Ukraine’s ambitions.

The United States and European allies have worked to bolster Ukraine’s military since 2014 when the country’s armed forces crumpled in the face of Russian pressure. However, there is no appetite for direct military conflict with Russia.

The White House says Biden will instead lay out a range of economic sanctions that will impose ‘real cost.’

Ahead of the summit, the Biden administration has also stressed that its posture has been worked out in unison with European partners.