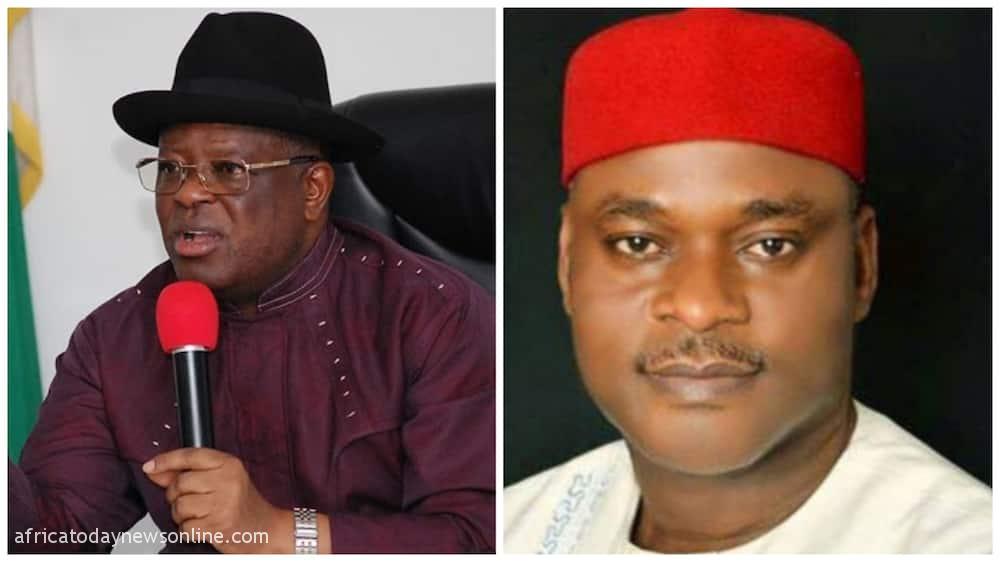 The Independent National Electoral Commission (INEC) on Tuesday revealed that it was yet to be served the certified True Copy of the Federal High Court that sacked Governor Dave Umahi of Ebonyi State and his Deputy, Chief Kelechi Igwe which asked them to vacate office.

Mr Festus Okoye, the INEC National Commissioner and Chairman, Information and Voter Education Committee made this known in an interview with newsmen in Abuja.

Okoye pointed out that the commission would meet and take decision when It received the certified true copy of the court judgment.

‘The Commission has not been served with a copy of the said judgment.

‘The Commission will meet and take a decision when it is served with a Certified True Copy of the judgment,’ Okoye said.

Africa Today News, New York had earlier reported that a Federal High Court, Abuja, presided over by Justice Inyang Ekwo, on Tuesday, ordered Governor Umahi to vacate office after his defection from the PDP to the All Progressives Congress (APC).

Justice Ekwo, in the judgment, also ordered Dr Eric Igwe to stop parading himself as the deputy governor of the state.

Justice Ekwo declared that having defected from the PDP, under which platform they came into power, the duo were deemed to have resigned from the office and, hence, no longer entitled to be called governor and deputy governor.

The judge said it was constitutionally wrong for a candidate elected into an office on a platform of a political party to defect to another political while still in office.

He held that the votes gotten by Umahi and Igwe on March 9, 2019, were PDP votes and not for the APC and hence should not enjoyed by Umahi while he is no longer with the PDP.