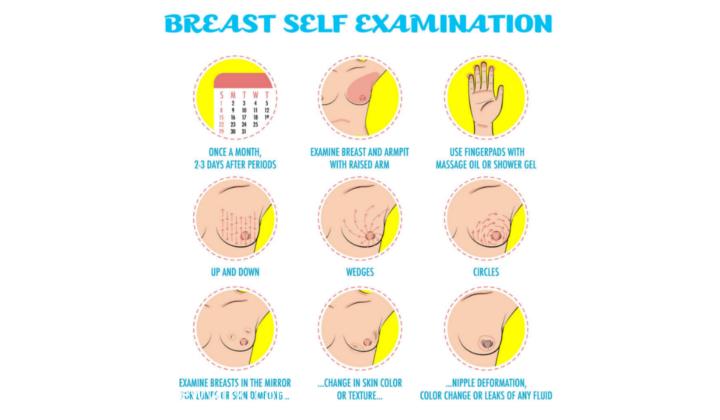 Dr. Favour Agwogie who is a well-known Oncologist and a Managing Partner of MercyWay Medical Centre, Ejigbo in Lagos, a private health facility has harped on the importance of self examination while urging women to cultivate the routine habit of conducting monthly self-examination on the breast for early detection of breast cancer.

Dr. Agwogie gave the advice in an interview in Lagos.

She regretted that cancer had become a menace that had sent many to an early grave in many parts of the world.

According to her, the common symptom of breast cancer women should watch out for is a lump or mass in the
breast, which is usually painless but with irregular edges at the early stage. The oncologist also listed other symptoms including breast thickening that feels different from the surrounding tissue and changes in the size, shape or appearance of the breast.

She explained that early detection remained the only way cancer of any kind could be effectively managed or cured,
saying that people must refrain from living in self-denial.

She added that “regular screening and early detection are key to cancer survival.

“Unfortunately, some people with cancer live in self-denial, only to present the case and seek medical intervention
late, when the situation becomes complicated.

“The best way to avert negative consequencies is early detection through self-examination and check-up.

The oncologist also urged women to go for PAP Smear test yearly to detect cervical cancer at the early stage.

She defined cervical cancer as a malignant tumour of the cervix and the lowermost part of the uterus.

She also explained that “routine PAP Smear test will reveal if a woman has traces of cervical cancer. Most sexually active
women actually have cervical cancer at the early stage.

“There may be no symptoms. In a few cases, there may be irregular bleeding or pain. The treatment for cervical
cancer includes surgery, radiation and chemotherapy,” she said.