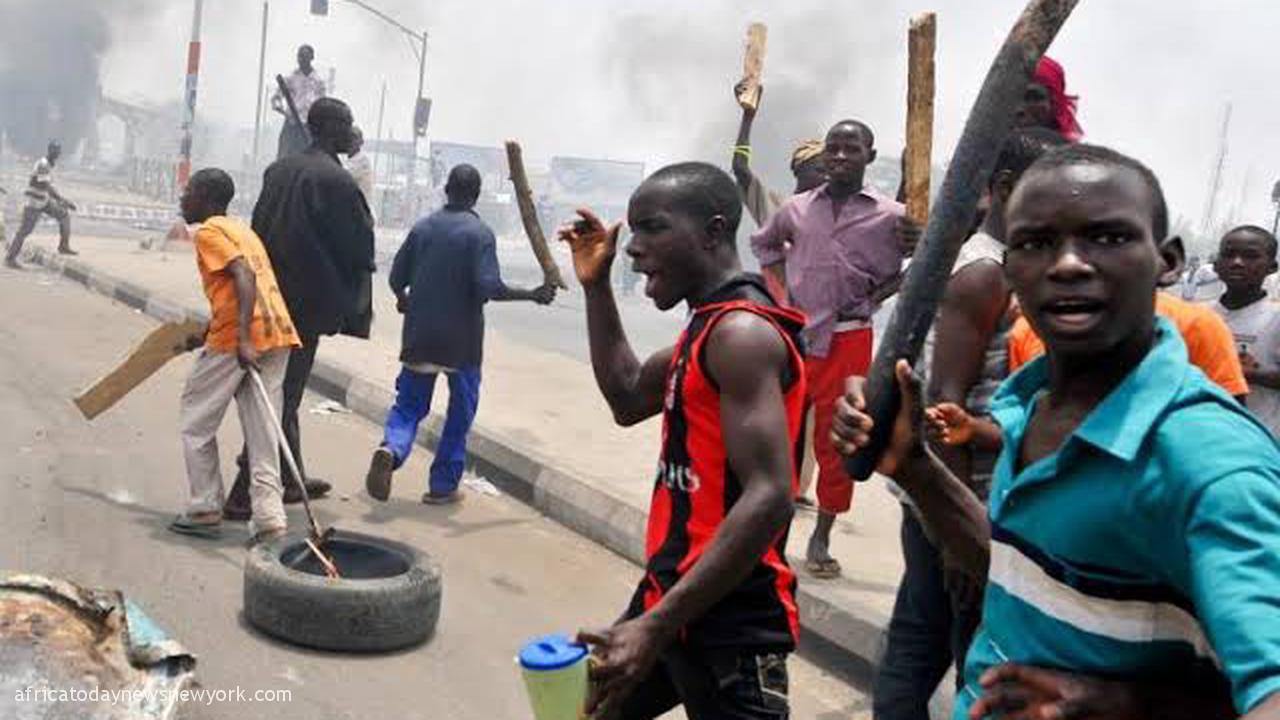 Reports filtering in have shown that the nearly eight houses and seven shops were razed by irate youths who went on the rampage over alleged blasphemous messages in Bauchi State yesterday. This was reported by the Bauchi State police.

The irate youths had thrown Bauchi State into serious pandemonium when they rioted at Katanga Community of Warji Local Government Area of Bauchi State on Friday over alleged blasphemy.

The command has ordered an investigation into the crisis that erupted at Katanga Community of Warji Local Government Area of Bauchi State. Police spokesman, SP Ahmed Wakil, stated in Bauchi on Saturday that some irate youths set six houses and seven shops ablaze in the community on Friday.

Read Also: Another Riot Over Blasphemy Throws Bauchi Into Turmoil

He added that some community members also sustained injuries in the assault.

He explained that the assault was a reaction to an alleged blasphemous message posted on the social media by a 40-year-old female employee of the local government council.

“The police deployed troops to the community and they have brought the situation under control,’’ Wakil stated.

He added that the Commissioner of Police in Bauchi State, Mr Umar Sanda had ordered a thorough investigation into the crisis.

Wakil stated also that Sanda appealed to the general public to be calm and to go about their lawful businesses without fear of intimidation. He also reiterated the need for parents and guardians to maintain strict vigilance over the activities of their wards, particularly youths.

Sanda also urged religious leaders and community leaders and elders generally to always speak to youths to desist from truncating the peace in their communities.