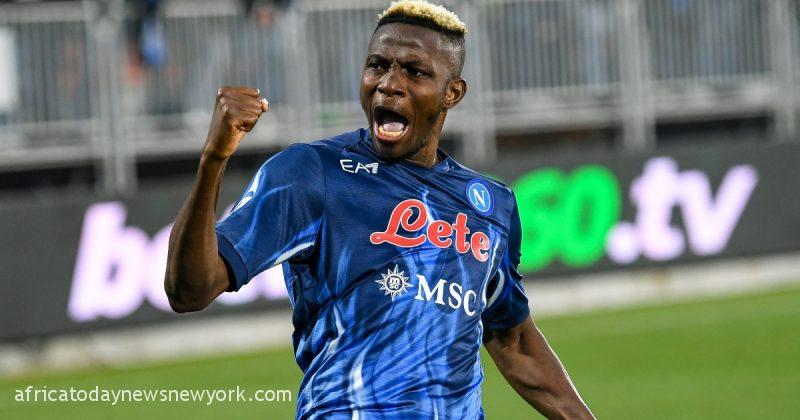 The German champions are in search of a new No.9 to replace Robert Lewandowski, who is on his way out this summer.

Italian website Corriero dello Sport had earlier reported in May that Bayern were interested in the Napoli striker but on Tuesday, Skysports Germany transfer expert Marc Behrenbeck revealed that the Bavarians could afford the Nigerian, who is currently valued at €110m by the Partenopei.

‘Yes, he (Osimhen) played a great season, is a really good player, but according to our information it is not currently an issue at FC Bayern,’ Behrenbeck said.

Last season, Osimhen scored 18 goals in all competitions and made six more in 32 appearances as Napoli finished third in Serie A.

The 23-year-old is currently with the Nigerian squad in Abuja preparing for Thursday’s 2023 Africa Cup of Nations qualifier against Sierra Leone.

Meanwhile, the Napoli striker had a few months ago wished the erstwhile coach of the Super Eagles well Gernot Rohr all the best after he was sacked from his position.

Africa Today News, New York had earlier reported that Rohr was sacked by the Nigeria Football Federation (NFF) after more than five years in charge of the former green eagles.

The Franco-German had been in charge since 2016, leading the team to the 2018 World Cup and 2019 Africa Cup of Nations, where Nigeria finished third.