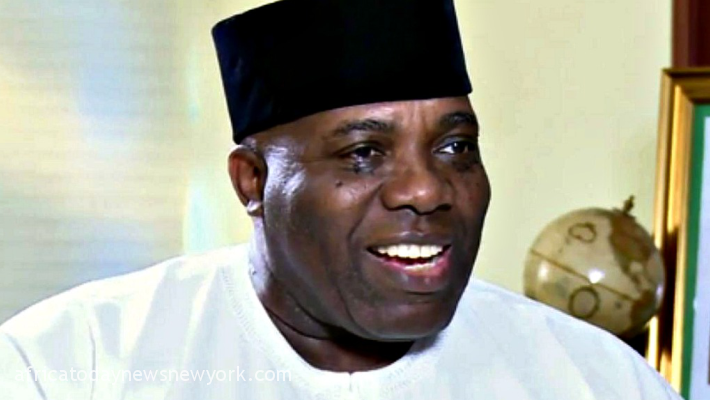 The Director-General of the Peter Obi Presidential Campaign Organization, Dr. Doyin Okupe has revealed that the Labour Party (LP) is putting together the ‘biggest’ and ‘greatest’ political coalition in Nigerian history, as a ploy to ensure victory at the 2023 polls.

The former presidential spokesman who on Friday disclosed that he is the Vice Presidential Candidate of the LP, was of the opinion that the party alone cannot win the race except it works with several other parties to unseat the ruling All Progressives Congress (APC) and beat the opposition Peoples Democratic Party (PDP).

‘I am not a dreamer, Labour Party alone cannot achieve this success that we are looking at, we need the NPP, we need the Social Democratic Party, we need the PRP, we need the Labour Congress, we need everybody,’ Dr Okupe stated on Channels Television’s Politics Today.

He further asserted that until the mergers are in place, the Labour Party cannot say that the race is won.

Speaking further on his emergence as running mate to Peter Obi, Dr Okupe said his party ensued that they beat the deadline set by the Independent National Electoral Commission (INEC), which happens to be today.

Okupe said the third force is alive and forming, and in a bid to ensure that every part of the coalition is satisfied, he would be standing in as vice presidential candidate.

“The choosing of the vice presidential candidate is a process, an electoral process and it does not stop until the schedule ends,” Okupe declared, further stirring doubts as to the possibility that his candidacy will stand, even as some believe that he is just a placeholder to beat INEC’s deadline.

Waving off the air of doubts stirred, the former presidential spokesman assured Nigerians the coming Labour Party government will be mostly about young Nigerians, adding that the old brigadiers who have been part of Nigeria’s sordid past must be willing make sacrifices to see that youths are pulled up to lead Nigeria into an outstanding future.