COVID-19: US Okays Vaccines For Children Under Five 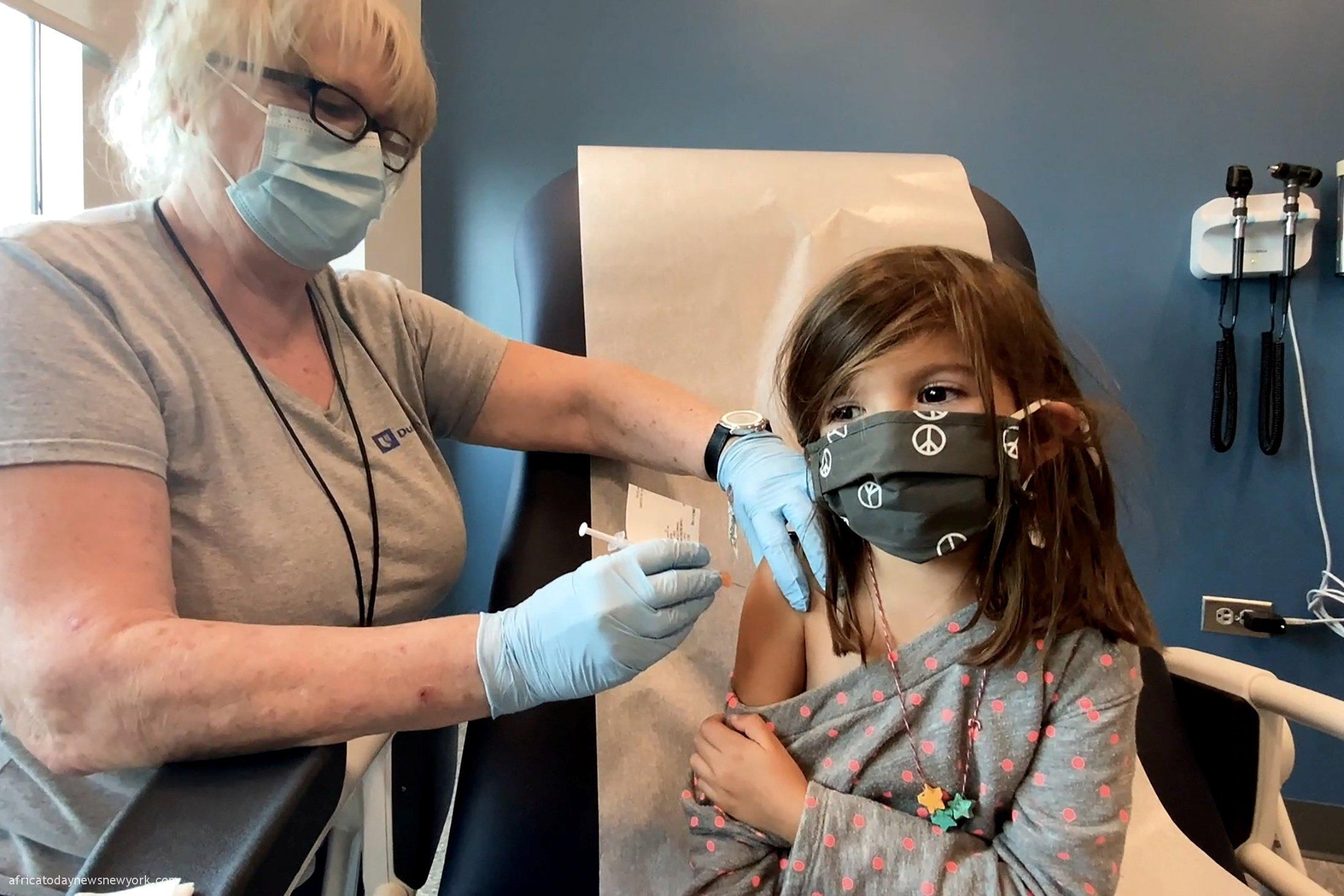 The Pfizer and Moderna COVID-19 vaccinations were certified for children aged five and younger by US health officials on Saturday, a move President Joe Biden hailed as a ‘monumental step’ in the fight against the virus.

As a result, the United States became the first country to allow the use of mRNA vaccines for children as young as six months old.

The US Food and Drug Administration approved their emergency use for young children on Friday, despite the fact that they were previously required to be at least five years old to receive the vaccination.

The vaccines, however, required additional approval from the US Centers for Disease Control and Prevention, the nation’s top public health agency, which they received on Saturday.

‘We know millions of parents and caregivers are eager to get their young children vaccinated, and with today’s decision, they can,’ the CDC Director, Rochelle Walensky, said in a statement Saturday.

Once the green light was received from the FDA, the US government began distributing millions of doses of the vaccine across the country.

Biden promised that parents could begin scheduling appointments as early as next week to have their young children vaccinated at hospitals, clinics, pharmacies, and doctor’s offices.

In a statement Saturday, he touted the vaccines as ‘safe (and) highly effective,’ and said that ‘for parents all over the country, this is a day of relief and celebration.’

In the coming weeks, with more and more doses shipped out, ‘every parent who wants a vaccine will be able to get one,’ he said.

Africa Today News, New York report that the Pfizer-BioNTech vaccine is now authorised for children aged six months to four years, and will be given in doses of three micrograms per injection – one-tenth the adult dosage.

The difference, however, is that children will receive three shots – the first two to three weeks apart, followed by a third eight weeks later.

So, children receiving it will not have full protection for the first few months.

Its side effects, however, have appeared less serious in drug trials than those of the Moderna vaccine.

About a quarter of young children receiving Moderna have developed fevers, particularly after the second dose – but they generally lasted no more than a day.

About 20 million US children are now eligible, by age, for the new vaccines.

While children have generally proved less vulnerable to COVID-19, some 480 in the US in this age group have died of the virus.

So-called long Covid is also a concern, as is a multisystem inflammatory syndrome, a rare but serious post-viral condition.

Pfizer has said it hopes to apply in early July to the European Medicines Agency for authorisation to provide its vaccines to children in this youngest age group.

WHO Reacts To US Abortion Ruling Calls It ‘A Setback’