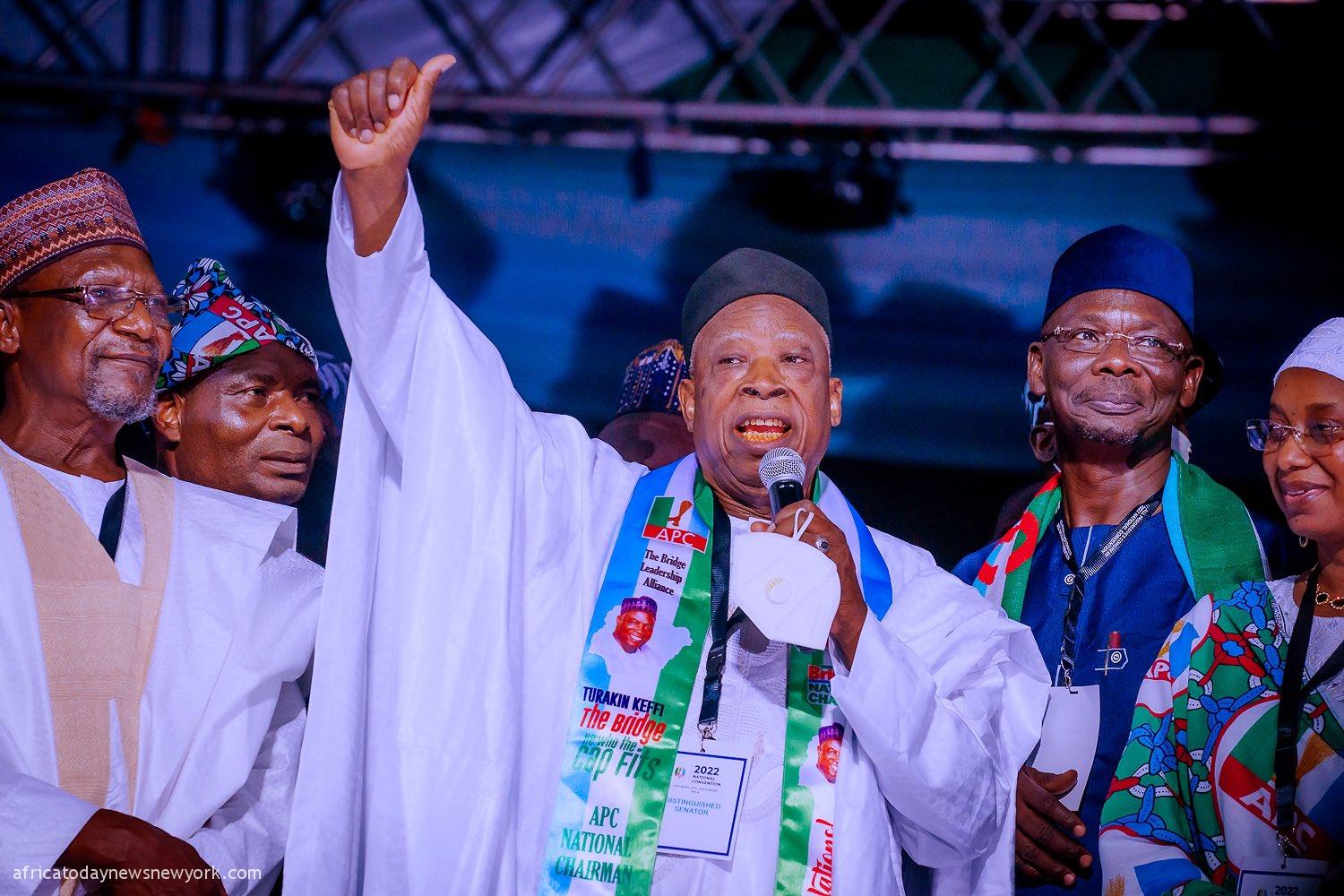 The National Chairman of the All Progressives Congress (APC) in the person of Senator Abdulahi Adamu has boldly come out to dismiss the viral allegations of vote-buying and money politics by the APC during Saturday’s governorship election in Ekiti State.

The National leader who had spoken on the issue after he officially presented Governor-elect Biodun Oyebanji to President Muhammadu Buhari, on Monday claimed that the allegations were being peddled by nay-sayers and other opposition.

According to him, the allegation of vote-buying was raised by elements who lost the election.

Adamu urged the media to avoid being exploited by disgruntled politicians seeking to smear the country’s image for political benefit.

“As a patriotic Nigerian that is privileged to lead the ruling party in this country today, I want to only appeal to the media.

“Please, don’t partake in portraying negative attitudes in our processes. If you do so, you are compromising. I’m sorry to say so. You’re compromising the integrity of our process as a country.

“And please, let us not be too much in the space of speculation.

“I have noticed that over the last maybe four or five general elections in this country, this issue of vote-buying has taken a centre stage. One can only evidence what he saw and what he did, and I’m sure his Excellency, the governor-elect, responded in very good faith.

“Some of you, asking this particular question, did not go Ekiti. You were not there.

“Somebody who is losing the election flied a kite. ‘Oh no, they are buying votes and all the kind of money they have we don’t have, that’s why I’m losing,’ and you are helping to market that opinion.

“I’m only appealing to you as a fellow Nigerian and somebody who has been in this your trade before today. Please, let us help build this country positively.”

On the perceived dangers of APC “space holder” for the presidential running mate of the ruling party not relinquishing the post, he said there was nothing to be worried about.

Adamu said: “Thank you very much. We are not in the speculative world. We are governed by the laws of the land.

“There’s nothing our presidential candidate has done with regards to returning his forms that is not within the confines of the law of the land.

“Everything we’ve done so far we have done very carefully with legal consultation and we are cocksure, we’re not going to have the kind of speculation that you are professing at this point.

“We’re very comfortable with what we have done. It is still pessimism. However, we are not in that school of thought yet. We don’t have to be there”, he said.