What FG Is Doing To Boost Electric Supply – President Buhari 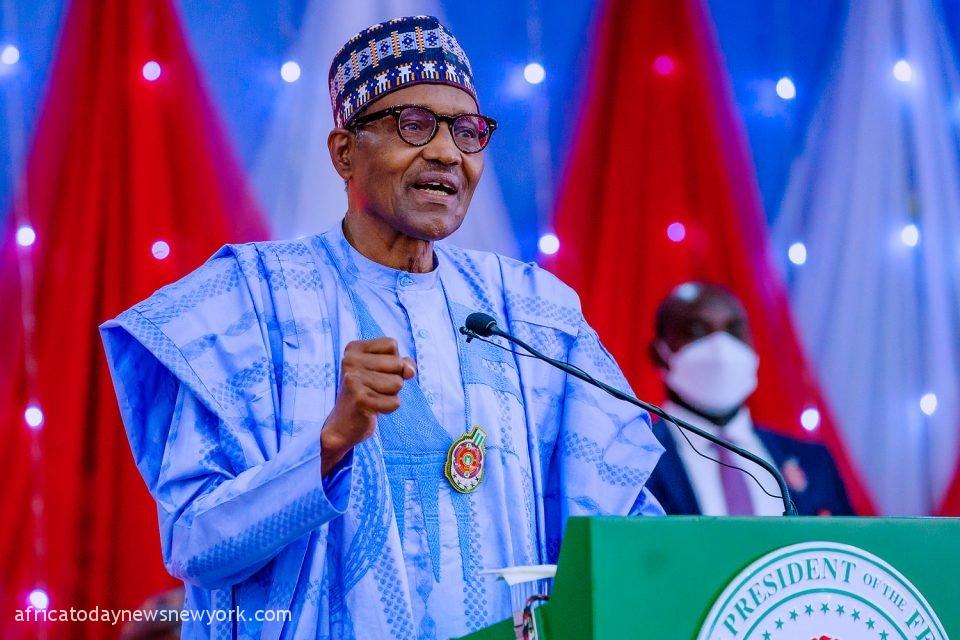 The Nigerian President, Muhammadu Buhari has made a revelation of a series of initiatives by his administration which would be used to address the challenges of electricity supply across the country while working on the incessant blackouts the country has been facing in recent weeks.

President Buhari who had spoken in an interview he granted Bloomberg News had reiterated that one of the initiatives would be the ongoing decentralisation of the nation’s national grid through renewable mini-grids and other forms of alternatives to help this cause.

According to Buhari, the Federal Government had earmarked 550 million dollars to provide 20,000 Standalone Solar Systems (SHS), as well as Solar Hybrid mini-grids in over 250 locations.

“We are also decentralising the national grid through renewable driven mini-grids.

“The 550 million dollar Nigeria Electrification Project has deployed more than 20,000 Standalone Solar Systems (SHS), as well as Solar Hybrid mini-grids in over 250 locations,” he said.

On grid modernisation, President Buhari also mentioned that there were hundreds of ongoing projects and initiatives attracting funding from local and foreign investors.

He said: “Take my Presidential Power Initiative (PPI), a government-to-government initiative between the Governments of Nigeria and Germany, with Siemens AG, to upgrade the electricity grid with a 2 billion dollar investment.

“Once signed into law the constitutional amendment bill – recently voted through parliament – will allow state governments to generate and transmit their own electricity, further facilitating investor participation in our market and enabling states and local businesses to transmit excess supply to the grid.”

On the persistent calls on Nigeria by the International Monetary Fund (IMF) and the World Bank to remove fuel subsidy, the president remarked that subsidy removal was becoming increasingly untenable.

“What our western allies are learning the hard way is what looks good on paper and the human consequences are two different things.

“My government set in motion plans to remove the subsidy late last year. After further consultation with stakeholders, and as events unfolded this year, such a move became increasingly untenable,” said Buhari.

He added that boosting internal production for refined products would also help.

“Capacity is due to step up markedly later this year and next, as private players and modular refineries (Dangote Refinery, BUA Group Refinery, Waltersmith Refinery) come on board.

“The exchange rate is still susceptible to external shocks that can suddenly and severely affect Nigerian citizens.

“As we step up domestic production – both in fuel (enabled by PIA) and food (agricultural policies) – the inflationary threat shall diminish, and we can move toward unification,” he said.