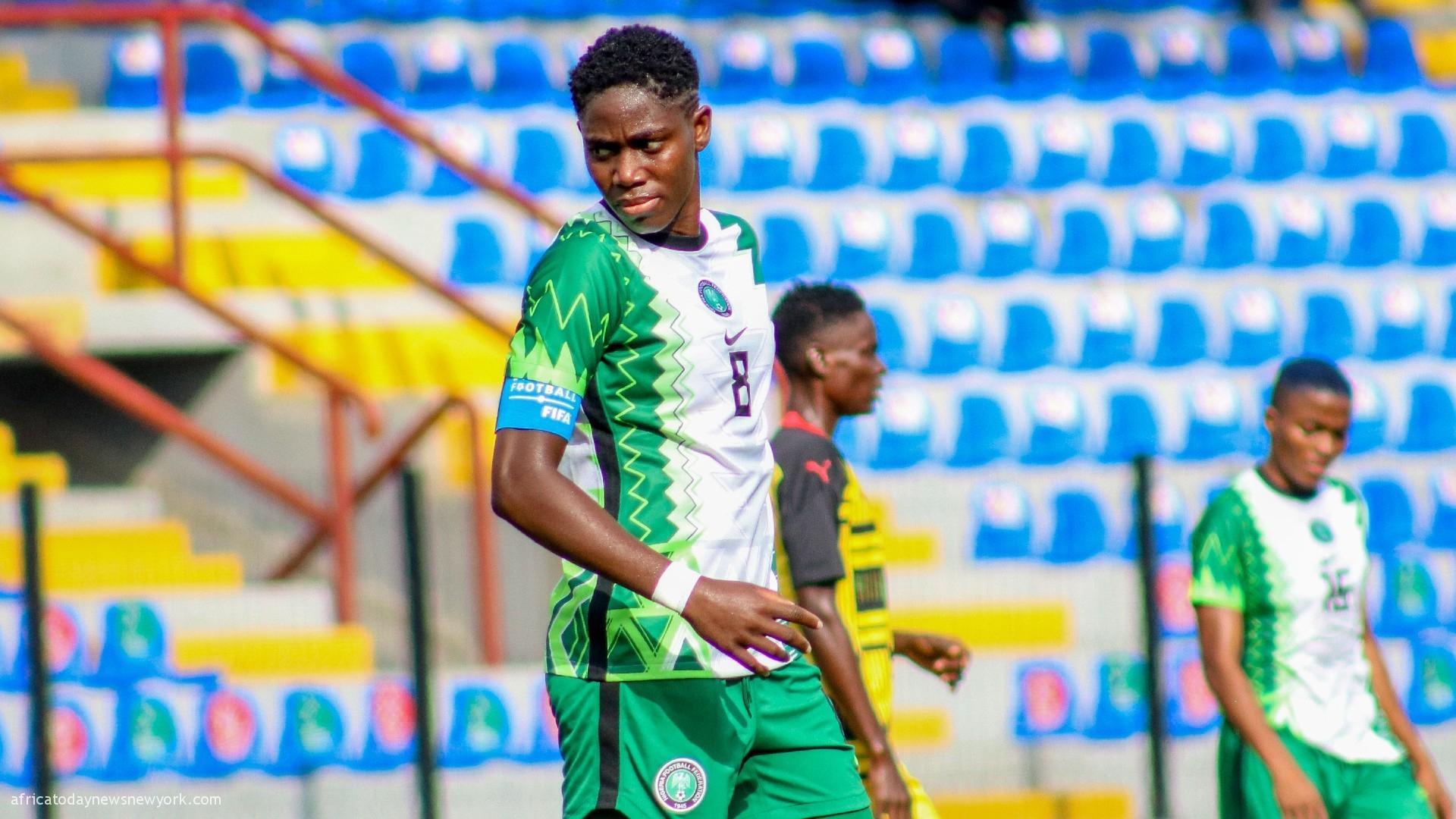 Super Falcons star striker, Asisat Oshoala, has been ruled out of the ongoing 2022 Women’s Africa Cup of Nations in Morocco after she sustained a serious injury, Africa Today News, New York can confirm.

Recall Oshoala suffered a Grade 2 medial ligament strain in the sixth minute of the Falcons’ 2-1 loss to Banyana Banyana on Monday and will be out for an initial five-week period.

According to a statement from the Communication Department of the Nigeria Football Federation (NFF), the 27-year-old will be out of action for two to three weeks, with another one or two weeks period for recovery.

The Barcelona Feminine forward is expected to fly out of Morocco on Thursday (today) following advise from medics at her club who told her that it is important that she returns to Spain.

The Falcons face leaders Botswana, who defeated Burundi 4-2 on Monday night, in their second Group C game on Thursday (today).

Former Arsenal Ladies forward Oshoala, who recently won Spain’s Pichichi award after scoring 20 league goals for Barcelona Feminine, has been plagued by thigh and knee injuries in the past nine months.

Meanwhile, the head coach of the Super  Falcons Randy Waldrum declined comments on his striker’s absence, as the nine-time record champions prepare for their second game.

The American said, ‘We are definitely going to make some changes from our first game. The atmosphere in camp is good and we have regrouped. We want to win our next game.’

Nigeria currently sit third in Group C behind Botswana and second-place South Africa, who both won their opening games.

Oshoala is expected to receive a medal if the Falcons clinch their 10th WAFCON title.