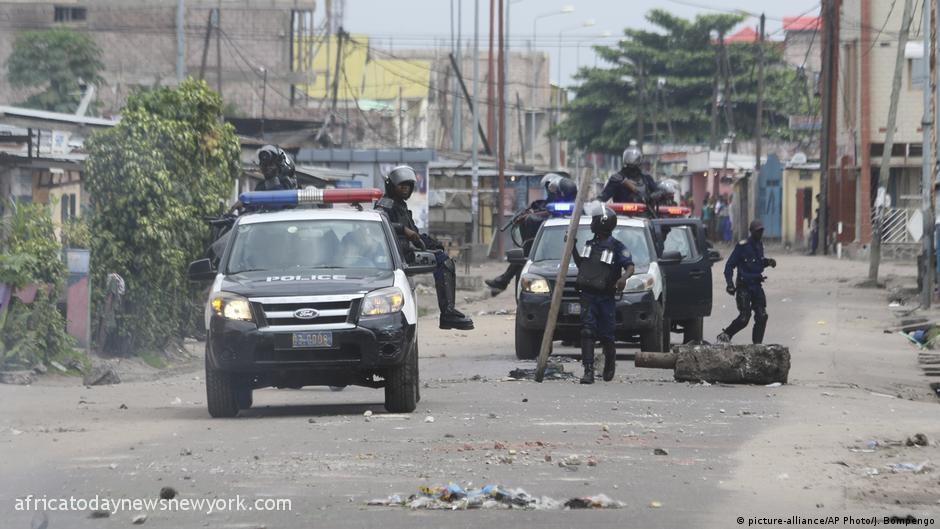 No fewer than ten people have been confirmed to have died during protests against a UN peacekeeping force in Butembo in the Democratic Republic of Congo, police, and UN officials have claimed.

Africa Today News, New York reports that about seven victims in the eastern city were civilians, and three were UN personnel.

Local media reported that the protesters were shot by peacekeepers – a claim denied by the UN mission, Monusco.

Monusco’s acting head Khassim Diagne told the BBC there were ‘very organised groups… overwhelming our bases, and shooting down our helicopters’.

But he stressed that ‘the UN hasn’t fired at any protesters’.

Mr Diagne said Tuesday’s attackers were ‘criminals’ masquerading as protesters, who claimed they wanted to submit a memorandum – but then opened fire as they approached the UN base.

There has been a recent upsurge in violence in the area, as locals accuse the UN of being ineffective.

The east of DR Congo remains volatile with more than 100 active rebel groups.

This was the second day of protests with people calling for the UN to withdraw its peacekeepers from the area.

Africa Today News, New York reports that on Monday, the demonstrations, called by the government’s youth wing, turned violent when protesters stormed and looted the UN mission’s local headquarters and a base in the city of Goma.

At least five people were killed, officials said. Then on Tuesday the protests intensified.

‘They are teargassing us because we came to say that Monusco does not help us. They’ve been in Congo for 22 years and nothing works,’ protester Anselme Musimbwa said.

The UN secretary general’s office has said any attacks on peacekeepers may constitute a war crime after two UN bases were assaulted in the eastern Democratic Republic of Congo.

A spokesman said António Guterres had called on the Congolese authorities to investigate the incidents, in which three UN personnel and a dozen locals were killed.

The peacekeeping mission – Monusco – blamed the violence and looting of UN property on criminals pretending to be protesters.

It said they had seized weapons from Congolese police and opened fire.