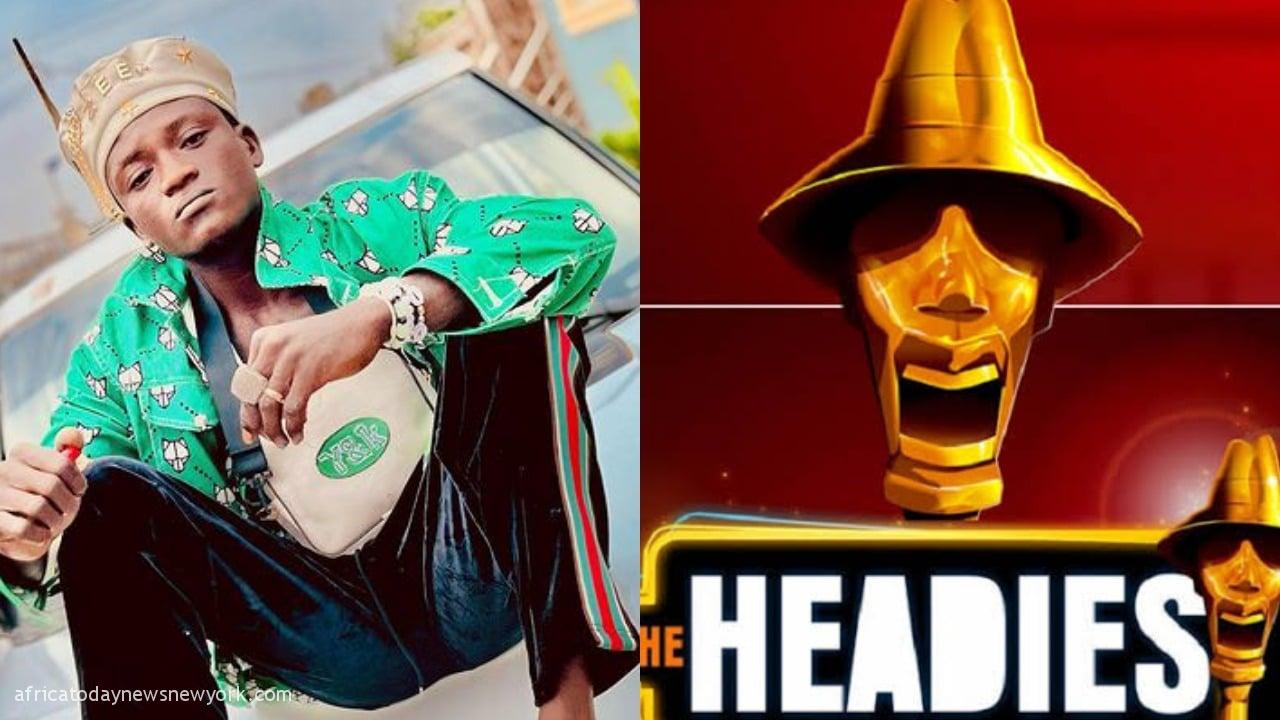 Organisers of the forthcoming 15th Headies Awards have revealed why controversial Nigerian musical Artiste Habeeb Okikiola, popularly known as ‘Portable’ was disqualified as a nominee for the prestigious awards.

In a statement which was obtained by Africa Today News, New York on Tuesday, organisers of the Headies, Smooth Promotions Limited, said; ‘the decision to disqualify Mr. Okikiola is accentuated by series of misdemeanors by Mr Okikiola via his social media platforms’.

Recall that some time in May, Portable had threatened to cause harm to other nominees in the categories he was nominated for if he did not emerge the winner.

A video surfaced online in June showing Portable assaulting and inflicting body harm on another person.

Portable, earlier this month, also published a video on social media stating that he is the founder of the notorious group, ‘One Million Boys’.

‘We shall not condone reckless and uncouth statements from artists and hereby disassociate ourselves from any individual linked to such assembly or activities linked to him as described,” the Headies said.

‘The music industry demands all-round excellence. it is extremely important for young artists being potential role models to exude professional responsibility, proper decorum and have respect for others.’

Portable had been nominated for two categories: Best Street Artist and Rookie of the Year.

Portable was said to have shared a video of himself on social media where he claimed he created the notorious cult group, although the video has since been deleted.

‘Open your ears and hear me; have you heard about Ajah Boys, One Million Boys? I’m their founder, go and ask Sammy Larry,’ he boasted while speaking in Yoruba.

Amid the criticism sparked by Portable’s remark, the police described the singer’s statement as indicting.

As a result, the Inspector General of Police, Baba Usman, has directed authorities of the Lagos State Police Command to investigate the claim and ensure necessary legal action was taken.