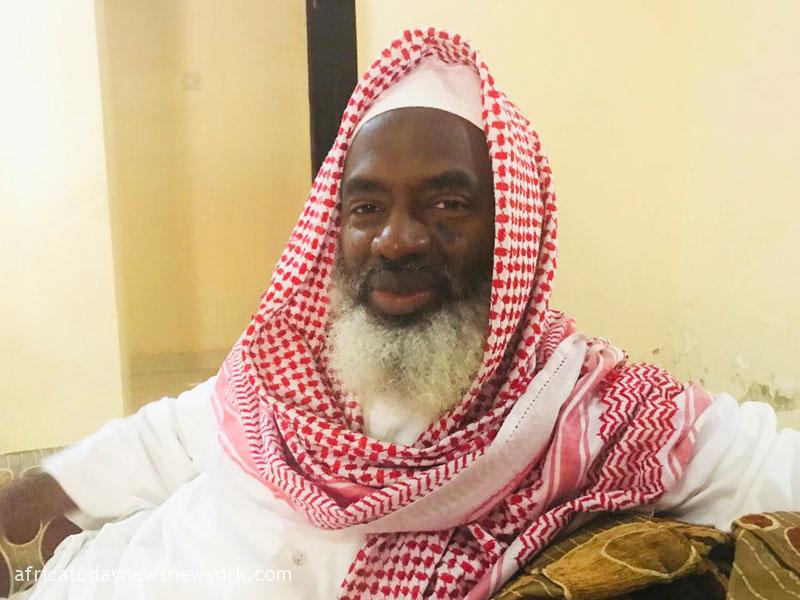 Kaduna-based controversial Islamic cleric, Sheikh Dr. Ahmad Abubakar Gumi, has expressed pity for the next president even as he submitted that Nigerian is suffering from ‘disabling diseases’ under the All Progressives Congress (APC) led administration.

The cleric asserted that Nigeria is suffering from diseases including leprosy, diabetes and HIV/AIDS.

Towards this end, he said the next president needs to be intelligent and supported by men with acumen, and not a ‘garagara’ person with an impulsive temperament that is after the praise of sentimental citizens.

‘He has to act quickly and carefully, he has to center his efforts and concentration inwards not outside. I know a lot of our problems have roots in foreign interests, yet local problems must be solved locally.

‘The economy is in such disarray that needs a true nationalist that will institute measures even if they are against these ‘fake’ corporate bodies that are ‘Draculas” sucking the blood out of the nation. Not the kind of ineffective but detrimental measures we experienced in the past, but well-studied economic measures that will not only increase the GPD but raise the per capita income of the individuals. Today in Nigeria, the middle-class income strata are almost effaced. You are either poor or extremely rich,’ he said.

‘In leprosy, a disease that attacks the sensory nervous system, the brain is unaware of the suffering of the extremities. The presidency which represents the brain is not getting the true picture of the grassroots suffering and the excruciating poverty breaking the masses because the feedback system is attacked by corruption, wickedness and immorality.

‘In diabetes, there is abundant sugar produced in the body but it’s not getting into the body tissues for metabolism and its excess is left in the bloodstream destroying vital organs. With HIV, the defense system is weakened to the extent that a small group of rag-tag criminals can kill the nation and bring it to a halt,‘ he added.

He further noted that the recent BBC Africa Eye and Daily Trust documentaries about the insurgency in Zamfara State had exposed the ethnic and tribal undertones as the real genesis of the mayhem the North Western region is experiencing.

He averted that the crimes were committed by both sides of the divide but unfortunately, the outside world sees one side as the only criminal, and thus the government acted in such a line of thinking messing up the conflict and applying the wrong measures of communal conflict resolution.