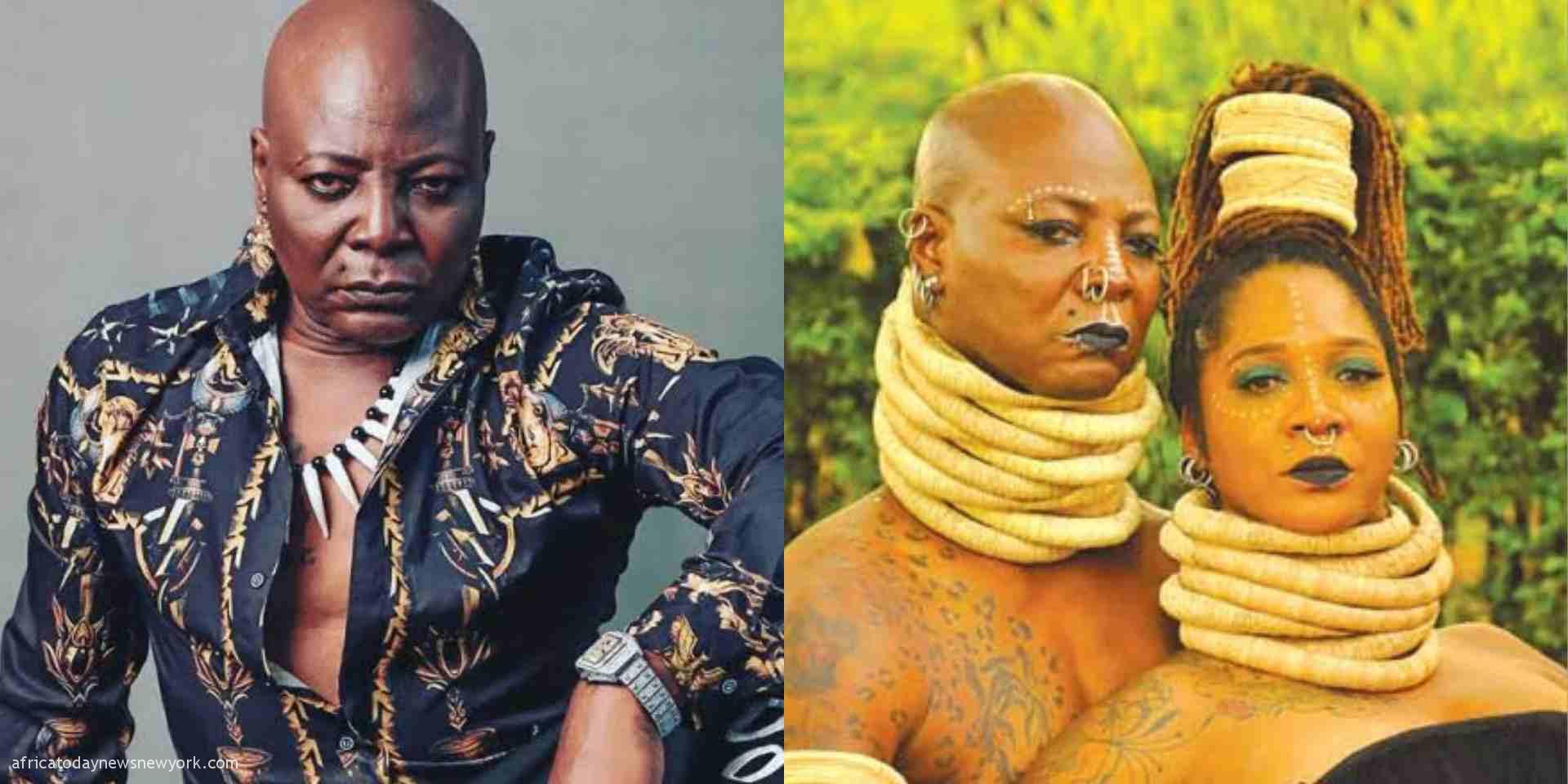 Controversial Nigerian entertainer, Charles Oputa, popularly known as Charly Boy, has hinted at a possible split from his wife, Diane.

Oputa took to his Twitter page yesterday to lament his possible return to ‘bachelorhood’ after ‘over 45 years of marriage’.

‘My People, If I tell una say, after over 45yrs of marriage to my wife, that I am going back to bachelorhood, what would you say?’ he wrote in pidgin.

He added, ‘I don talk say dis marriage of a thing just no easy. The longer you stay, the harder it gets. What should I do? I tire o.’

Read Also: Everybody In Nigeria Is A Victim Of Injustice – Charly Boy

Commenting under his post, another Twitter user, @Po_li_cap_, advised the singer to try settling the rift amicably with his wife.

Area Fada, as he is also known, replied that there is no “beef” between himself and Diane, but he was just tired of the marriage.

Africa Today News, New York recalls that the singer married Diane, an African-American singer in 1979. The couple renewed their vows in 2018.

In a related development,Charly Boy had recently declared that injustice is pervasive and, as such, cuts across every ethnic group and region in Nigeria leaving no exemptions.

According to Charly Boy, Nigerian youths have not also been treated with fairness in the country.

These statements were made on Tuesday by Charly Boy at the launch of ‘Project YIGBA’, themed ‘First Non-violent Line of Defence’, in Lagos.

Africa Today News, New York gathered that ‘Project YIGBA’, is being convened by Ladi Thompson, a pastor and security consultant, is focused on promoting peace-building efforts in the country.

Speaking on security challenges and the agitations for secession, Charly Boy said youths can no longer be referred to as future leaders unless the menace of injustice is strategically curtailed.