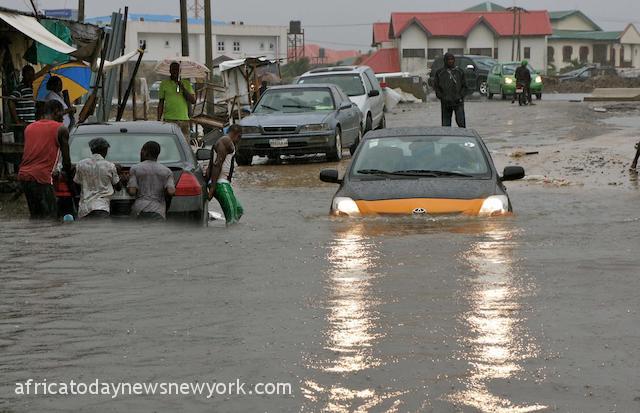 In the aftermath of heavy torrential rainfalls in Jigawa State in August, flooding in the state has so far left no fewer than 50 people dead while displacing over 8,000 others whose houses have been destroyed.

Africa Today News, New York reports that flooding is one of the perennial disasters killing people in the state, displacing thousands, and destroying properties worth millions of naira in the state every year.

It was gathered that from the middle of July last month to this month the flooding disaster has affected all the 27 local government areas of the state.

The executive secretary Jigawa State Emergency Management Agency (SEMA) Alhaji Yusif Sani Babura who spoke to newsmen recently revealed that over 10,000 people were displaced from across the state and more casualties are expected as the rainstorm and flooding continue to wreak havoc in the state.

He went on to disclose that some of the displaced persons are now living at various camps established by government while some are living in the houses of their brothers, sisters and other philanthropists in the communities.

Yusif Babura added that, SEMA has already started distributing relief materials to the affected persons even as the assessment of the situation is ongoing. Also they have embarked on more public enlightenment on the need for people to relocate from the flood prone areas particularly communities along Hadejia River Valley.

Beside the residents, many public places were also affected by the flood and rainstorm. These included hospitals, roads, schools, communication antennas and other public properties.

The National Emergency Management Agency (NEMA) had also delivered some relief materials to ease the difficulties faced by the displaced persons and other victims of the flood.