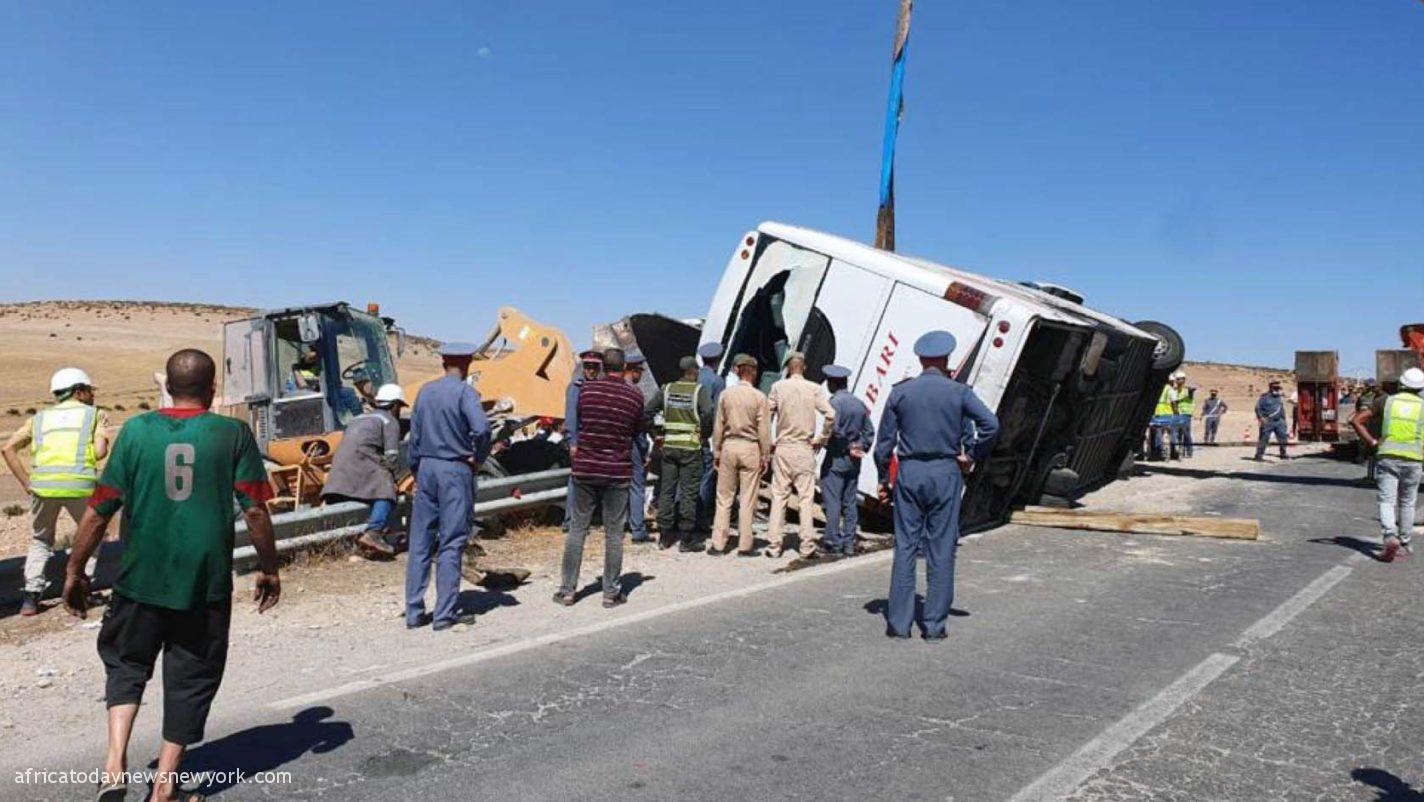 There was agony yesterday as a bus crashed at the east of Morocco’s economic capital Casablanca which has now left 23 people dead, a health official has disclosed, marking one of the deadliest such accidents in recent years.

Local authorities disclosed that the bus overturned early on a morning in the province of Khouribga, with a preliminary death toll of 15.

Africa Daily News, New York reports that just a while after, regional health director Rochdi Kaddar increased the number of fatalities to 23, telling reporters that the collision had also injured 36 other individuals.

The bus was taking passengers from Casablanca to Ait Attab, a remote area close to Beni Mellal at the base of the High Atlas mountains.

The injured were taken to a hospital in Khouribga and an investigation has been opened into the accident.

An average of 3,500 deaths and 12,000 injuries have been recorded annually in Morocco, according to the National Road Safety Agency, with an average of 10 deaths per day.

In a related development, no fewer than 19 people have been confirmed dead and 14 others injured after a bus plunged into a ravine near a small town in Pakistan’s west, an official disclosed on Sunday.

The bus skidded off a slippery road very close to Danisar in Khyber Pakhtunkhwa province as it was en route to Quetta from Rawalpindi, local official Ejaz Jaffer told reporters on Monday morning.

Africa Today News, New York reports that Pakistan presently has a terrible road safety record, with frequent accidents due to poorly maintained routes and vehicles — as well as reckless driving.

The death toll is expected to rise since many of those injured were in critical condition.

He said rescue workers were searching for survivors in the wreckage of the destroyed vehicle and surroundings that borders Khyber Pakhtunkhwa province.

Shah said apparently the bus slid on the wet road amid heavy rain and the driver lost control of the vehicle, which fell about 200 feet (61 metres) into the ravine.