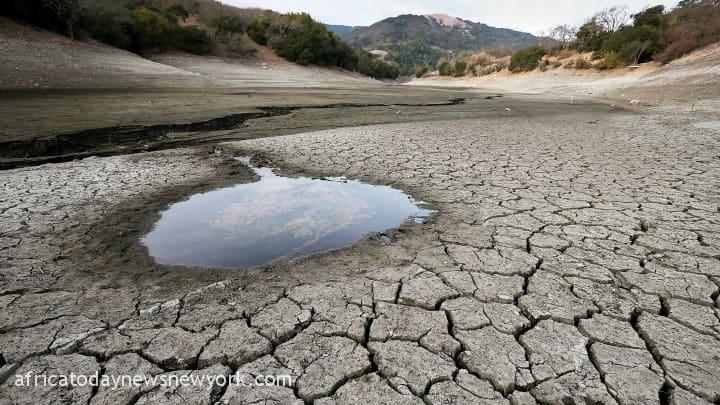 The Government of Wales have on Friday officialy declared a massive drought in some of the regions which is coming some days after several regions in England had experienced a lengthy period of dry weather without rain.

Some of the areas which were affected also include North Ceredigion, Teifi, Pembrokeshire, Carmarthen, Swansea, Llanelli, Neath Port Talbot and Bridgend.

This has also caused some of the water companies in most of Wales to slam and impose some restrictions on water use, including a stringent hosepipe ban.

The drought had also been officially declared across most of England last week which  had been following the driest July since 1935.

Natural Resources Wales said the move was taken on Friday due to “the pressures the high temperatures and lack of significant rainfall have had on the environment”.

The lack of water and heat “have put a huge strain on our rivers, reservoirs and groundwater level”, the body’s sustainable water manager, Natalie Hall, said.

Between March and June, Wales, which is famed for its lush landscape, had 61 percent of its usual expected rain. Thames Water, which supplies 15 million people in London and some surrounding areas, said Wednesday that it was introducing a hosepipe ban from August 24.

In another report, Pope Francis has made a strong call for international help for ‘struggling’ Somalia in its efforts to fight a ‘deadly’ drought that the UN has announced has displaced over one million people.

The 85-year-old pontiff while speaking on Sunday after his weekly Angelus prayer at the Vatican, drew attention to what he described as the ‘serious humanitarian crisis’ going on in Somalia and parts of surrounding countries.

‘The people of this region, already living in very precarious conditions, are now in a deadly period due to drought,’ he said.

‘I hope that international solidarity can respond to this emergency.

‘Unfortunately, war diverts attention and resources, but these are the goals that demand the most commitment — the fight against hunger, health, education.’

Africa Today News, New York reports that Somalia and its neighbours in the Horn of Africa including Ethiopia and Kenya are gripped by the worst drought in more than 40 years after four failed rainy seasons that have decimated crops and livestock.