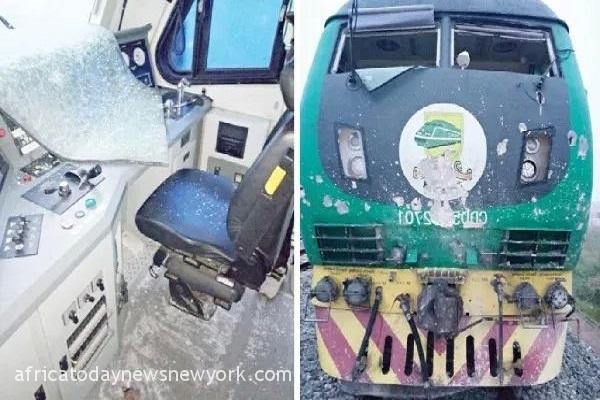 Terrorists who had on March 28th attacked an AK9 Train in Kaduna state have released four more hostages in their custody after a series of negotiations and purported ransom payments.

Africa Today News, New York gathered that among the released hostages was an  85-year-old woman whose name was given as Hajiya Halimatu Atta and and her 53-year-old daughter, Adama Aliyu.

A member of the negotiating team,  Tukur Mamu told reporters on Saturday monring that the victims were released on Friday after spending over four months in captivity.

Meanwhile, Mamu has drawn the attention of the Federal Government and the Christian Association of Nigeria about  plan by the terrorists to marry off the  youngest victim, 21-year-old Azurfa Lois John any moment from now, just as they did in the case of Leah Sharibu in Yobe state some years ago.

According to Mamu, one of the top commanders of the terrorists is said to be in love with Ms John.

He however appealed with the Federal Government and other stakeholders  to intensify efforts towards the release of the 23 victims still with the terrorists whose health  conditions, he said, is pathetic and require urgent medical attention.

Mamu also urged the Christain Association of Nigeria, CAN not to politicise the issue or reduce it to mere press releases, but to work closely with relevant authorities to engage the abductors on the case of Ms John before it is late.

Africa Today News, New York report that this is coming less than two weeks after Mallam Garba Shehu who is the Senior Special Assistant to the Nigerian President, Muhammadu Buhari on Media and Publicity has finally opened up and reiterated his earlier statements that anyone who is of the opinion that the Nigerian government is being lackadasical about the release of the captured Kaduna-Abuja train victims is completely unaware of efforts the government is making.

After the massive attack which had been carried out on the Kaduna-Abuja train on March 15, 2022, the bandits involved had demanded for the release of their comrades in various detention centres across the country before freeing the victims.