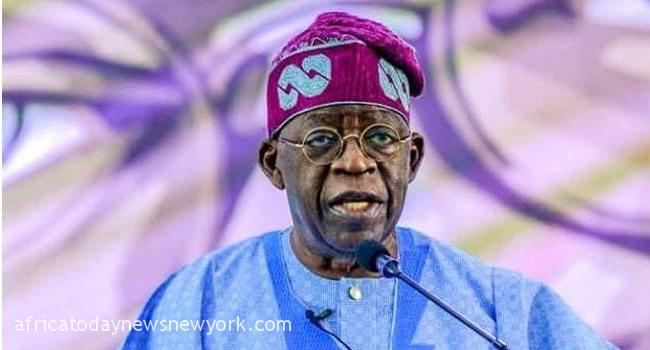 Bola Tinubu who is the All Progressives Congress, APC presidential candidate has been reportedly missing at the 62nd annual conference of the Nigerian Bar Association, (NBA) which had been held on Monday.

His major contenders for the general elections, Atiku Abubakar of the Peoples Democratic Party, PDP and the Labour Party flag bearer, Peter Obi had all been spotted at the event which had taken place at the Eko Hotels, Victoria Island, Lagos State.

Tinubu’s running mate, Senator Kashim Shettima was, however, on ground.

The arrivals of the politicians had also shaken the auditorium as their supporters hailed their 2023 presidential candidates with rapturous applause.

A video of how the former Anambra State Governor, Obi was cheered by the crowd at the conference is currently trending on social media. Atiku, while delivering his speech, restated the need to restructure the country.

“I am a product of developed powers and I know what the regional governments did with those powers. That’s why I’m advocating for restructuring,” he said.

In another report, the former President of Nigeria Olusegun Obasanjo has sent out a warning over some comments being circulated about his meeting with the presidential candidate of the All Progressives Congress (APC), Bola Tinubu, stressing that the reports are fake.

The entourage of the former Governor of Lagos State was made up of Governor Dapo Abiodun of Ogun, Speaker Femi Gbajabiamila, Chief Bisi Akande, Chief Segun Osoba, Otunba Gbenga Daniel, Nuhu Ribadu, and others, Tinubu had private discussions with Obasanjo.

While the duo of Tinubu and Obasanjo have refused to disclose what exactly transpired at the meeting, different claims are being made in the media by those claiming to be inside sources.