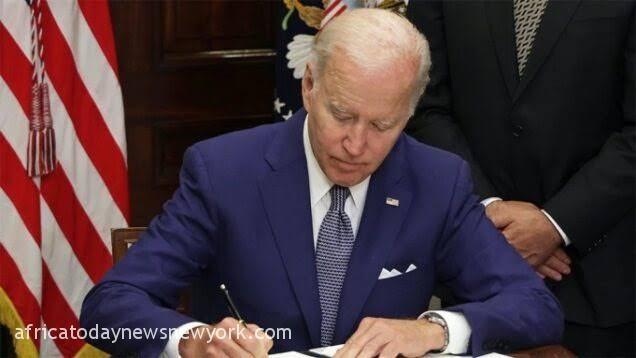 The President of the United States, Joe Biden is set to announce on Wednesday (Today) his long-delayed move to forgive up to $10,000 in federal student loans incurred over the years for many Americans while also extending a pause on payments to January following the economic meltdown which has hit the world.

Africa Today News, New York reports that in recent times, Biden has faced serious pressure from liberals who believe that government can provide broader relief to hard-hit borrowers in the country. Biden has also faced similar pressures from moderates and Republicans who have continued to question the fairness of any widespread forgiveness.

Meanwhile, the delay in Biden’s decision has not helped the situation because it has only heightened the anticipation for what his own aides acknowledge represents a political no-win situation which they will, by all means, seek to avoid.

The precise details of Biden’s plan, which will include an income cap limiting the forgiveness to only those earning less than $125,000 a year, were being kept to an unusually small circle within the Biden administration.

They were yet to be finalised on the eve of the announcement, according to three sources close to the plan.

Biden had on Tuesday signed into law a major climate change and health care spending bill, which appears to have given Democrats another boost ahead of the upcoming midterm elections in which Republicans are suddenly less certain of their predicted crushing victory.

The law, which was christened the Inflation Reduction Act, was believed by the White House as the biggest commitment to finding solutions to the problems of climate change in US history, as well as targeting long-sought changes in the way medicines are priced, while adding fairness to the tax system, with a minimum 15 percent tax for corporations.