Mouth Piece And Eyes Of The Gods In Ọdịnanị Igbo Spirituality 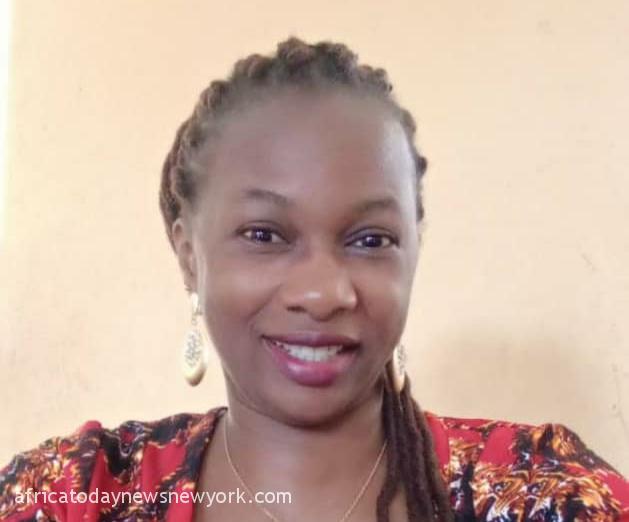 A DIBỊA in Igbo culture is a man or a woman with vast knowledge of nature and spirituality. In some cases, they are called the wise ones, mouthpieces of the Gods, great ones, the eyes of the Gods, or indigenous doctors which is the literal meaning of the word DIBỊA in Igbo language, (native doctors). In this knowledge, they are mostly, people who are divinely chosen to be DIBỊA, and sometimes it can be learned by being around or serving as an apprentice to a well rich in knowledge DIBỊA.

There are several branches of being a DIBỊA, hence being a DIBỊA is a vast knowledge, and I mean as vast as when you say in English that someone is a doctor. For example in the western world a doctor is defined as follows:
A teacher or a learned man.
A person who holds a doctorate.
A physician or surgeon.
A person licensed to practice any of the healing arts, as an osteopath, dentist, veterinarian, etc.
And the word doctor originated from an old Latin word of “doctore” which means a teacher, and in English as doctor, teacher, or learned man. In Igbo setting, DIBỊA being a vast field of knowledge includes:

1. Dibịa Mgbọrọgwụ na Mkpafifia which we call herbalist in English language.
These are people that specialises in discovering, and treating sicknesses using roots, herbs and natural materials. Their goal is to save lives.

2. Eze Mmụọ (chief Priest of an Oracle). They are also referred to as the mouthpiece or eyes of the gods. These are set of people which we also refer to as DIBỊA. They serve as mediators between the people and the oracles. They offer sacrifices to the gods, Oracle, and alert the leadership of the people when things are going bad in the society, for instance when an abominable act is perpetrated either in secret or open.

3. Dibịa Owu Mmiri: the mediator between the marine world, water goddesses, and man. These are special sections of Dibịas whose works comprise of reaching out to the river goddesses and gods, and help people with issues relating to water spirits like Ọgbanje, Spiritual Spouse and iyi ụwa problems. They can offer sacrifices and mediate between the person involved and the spirits in other to bring solutions.

Read Also: The Ikenga Natural And Spiritual Totem Of Strength

4. Dibịa Mgba Afa which in English language can be referred to as diviners, soothsayers, fortune tellers, shamans, all kinds of seers etc. They are specialists in making spiritual inquiries from the spirit world. When you approach them for your problems, what they do is consult the spirits, ancestors that reveals to them, the cause of the problem and what could be done for a permanent solution. Sometimes, they have limited powers in solving a particular problem, so they might direct you to a higher power or can also go in your name and at the end the goal is to get the solution.

5. Dibịa Nha Mmiri or Rain Makers in English term. Rain doctors are the people that possess the power to control rain and wind. They can cause the wind to blow, make it rain, and can also stop the rain. They possess the natural/spiritual /scientific knowledge of doing this. They have the power to cause the wind to blow, shift rainfall from one direction to another or stop it from falling at a particular location at a particular time, (ịchụ mmiri) and some can only make rain to fall, but cannot control or stop rain from falling, (Ịha mmiri). There are ones that have the power to carry out both. (ndị na achụ ma na aha kwa mmiri) I mentioned earlier, people who are divinely chosen by the spirit to serve them in each field and one can also acquire this knowledge by staying close to a Dibịa or serving as an apprentice to a Dibịa.

6. Dibịa Mgba Aja: This type is a specialist in carrying out and conducting spiritual sacrifices which is accepted immediately without any hindrances. This type has solution for any spiritual guide that is troubling any ancestral lineage and once they become involved in the issue, definitely the problem is solved. They might not be good in other spiritual works. Carrying out sacrificial rituals is usually their forte.

Though one person, sometimes can be divinely blessed with all this knowledge in totality, I want us to have this understanding that there are differences between them. There are some DIBỊA that can only give medicines and heal sicknesses, but can not predict anything, and such people are called for that purpose only. There are some that specialize in predictions, fortune-telling or any kind of igba afa, but they can not heal sickness.

In rain making, I know some rain doctors that can only bring rain down, but cannot stop or control the rain. And there are some that have the power to control both. In the Igbo setting, all these people are recognised in their various fields.

This teaching becomes very important not for ordinary people,but for those who are serving humanity as DIBỊAS today, in our society. Few bad eggs have destroyed the legacies of our ancestors in this field. People must understand that being a DIBỊA is never a license to kill or to perpetrate all kinds of atrocities, thereby causing pain and sorrow to people. Rather, being a DIBỊA is a call to serve and save life, to heal, to teach and uplift the people among others with every positivity.

Yes, I understand anyone that possesses the knowledge of what saves, must have the idea of what kills and how to defend one’s self from evil adversaries. This is about having the knowledge of negative and positive , about balance but the right thing is that you must be positive, hence life is involved. I urge Dibịas to guard their natural gifts securely and very well while observing their nsọ agwụ as people come close to them to tap, exploit, and harness their power and spiritual abilities.

They told you all the negative sides of African healing process and the DIBỊA, but you never asked them the positive sides? Do you believe that DIBỊAs or native doctors are bad due to some bad eggs among them, that are often negative in their practice, the ones who have had their AGWỤ corrupted, but you have not asked yourself who is responsible for creation of some deadly diseases like Ebola, SARS, Lassa fever, HIV and Aids, Covid-19 etc?

African spirituality is never an evil practice the way western religion, western education, Western media and some bad eggs amongst us has made it to look like. It is all about being positive and always maintaining positive vibrations.
Before the western psychiatric treatment came to Africa, Africans have been treating psychiatric related cases including madness of all sorts.

Before western ways of health care service and delivery came to Africa, Africans have been enjoying good health, good medications through natural products and spirituality.
Every poison has its antidote, every sickness has its cure in African ways of healing, every problem has remedy.

Listen to the podcast on this topic here