Spiritual Closure Of Graves Due To Abominable Acts In Igboland 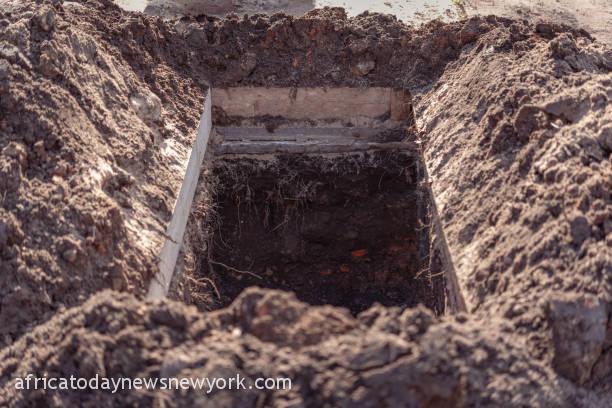 “Ikpochi Onunu” And “ịkpụ Alụ” many people ask me, Dibịa Nwangwu what is “ịkpochi Onunu” (closing spiritual graves)?. Ikpochi Onunu means closure, covering of a spiritual invisible hole/grave dug by spirits in the family. “Ịkpụ Alụ” simply means deep cleansing from grievous sins. These terms interlink with each other in Ọdịnanị Igbo Spirituality. They are not the same rather one single bad act committed can lead to someone doing both types of deep spiritual Cleansings. It is usually when “Afa” spiritual Consultation reveals about a person having blood on one’s hands, committing abomination and breaking taboos or covenants. It is when persons commit terrible abomination during their days of ignorance or wallowing in spiritual unconsciousness whilst believing everything they do is according to Western culture and foreign imported religion. They lack knowledge of how spiritual the Igbo tribe is. The Igbos have norm, ethic and their way of life tend to be guided by mother earth. I have written about “Nsọ and Ịwụ Ani” in Ọdịnanị Igbo Spirituality. About sixteen of them explain how every Igbo can live their lives conscienciously devoid of any loophole while striving to respect and honor fellow members of same society as well as enhance their spirituality.

Today, many parents have neglected their culture and traditions without making any impact on the lives of their children. They forsake the ways of their ancestors. The ancient path where moral consciousness was a social compass. Our parents had neglected that path and took up Western culture and ideology of the imperialists, hoping to blend in and become accepted by the whites out of inferiority complex, feeling of white supremacy, greed and quest for material acquisitions. Before their very eyes, siblings sleep with each other without being told that act is an abomination. They commit incest without recourse to the adverse and deadly effects it will cause them in life. When such evil take place, Mother-Earth grieves. The Gods of the land shudder in disgust and every spiritual guides in that family becomes angry and pained with such evil. They unleash their displeasure in many ways by smiting them with affliction, poverty, hatred, infertility, retrogression, sickness, fatal mortality, miscarriages, sudden deaths, lateness in marriage, to name few. This is accompanied by heavy sanctions in the spiritual realm which manifests in the physical world but only the spiritually inclined persons become aware of what is happening,then start tracing the problem by moving from one prophet to another, prayer houses, one Dibịa to another in search of solutions.

Read Also: Why You Need To Be Spiritually Inclined

1. Ancestral curse from a daughter in the family, like Nwa Ada that is displeased in the spirit realm for not being treated fairly and justly while alive.
2. A deity coming in spiritually into one’s house. It could be the (deity) Alusi was brought by the person for a mission an afterwards the deity was not returned or someone sent the (deity) Alusi to you probably you are owing someone or dragging something for instance properties, woman, man amongst others, with someone when the item in contention does not belong to you know or someone in the family committed an atrocity that brought the wrath of the deity (Alusi) in the family, kindred, community. Abominable acts such as:
▪️Killing Sacred Pythons or other sacred animals that belongs to a deity.
▪️Destruction And Sale Of Deities.
▪️Destruction and desecration of ancestral abode (ọbụ ndị Ichie)
▪️Burning of ancestral ọfọ and deities.
▪️ Destruction of sacred and holy places ie okwu mmụọ, Akwali Ọmụmụ.
▪️Selling of Human/ body parts (can be male or female of peculiar ancestry).
▪️Maltreatment of Nwa Ada, who died as a result of such. Even when she is alive too.
▪️Human trafficking: Selling Off Daughters Of the soil. Ile Nwa Ada/Nwa Okpu.
▪️Evil Charms/Ọgwụ ọjọọ.
▪️ Unburied Corpses/Ozu Akwaghi akwa.
▪️When a guilty person is summoned to a deity as a result of debt, maltreatment of fellow human.
▪️Incest: If a father sleeps with his daughter, a mother sleeps with her son.
▪️Manslaughter.
▪️Abortion.
▪️Selling off sacred spiritual sacramentals belonging to the Gods.
▪️ Lesbianism.
▪️Homosexuality.
▪️Bestiality.
▪️Child Trafficking.
▪️ Murder. The intent to kill someone.

One should be very careful not to leave any grave uncovered spiritually (ọṅụṅụ) in their life/family, unattended to. Once you discover such, do the needful immediately and avoid calamities. May CHUKWU cover every early graves around us ! We will live long.

You can listen to the podcast on this topic here