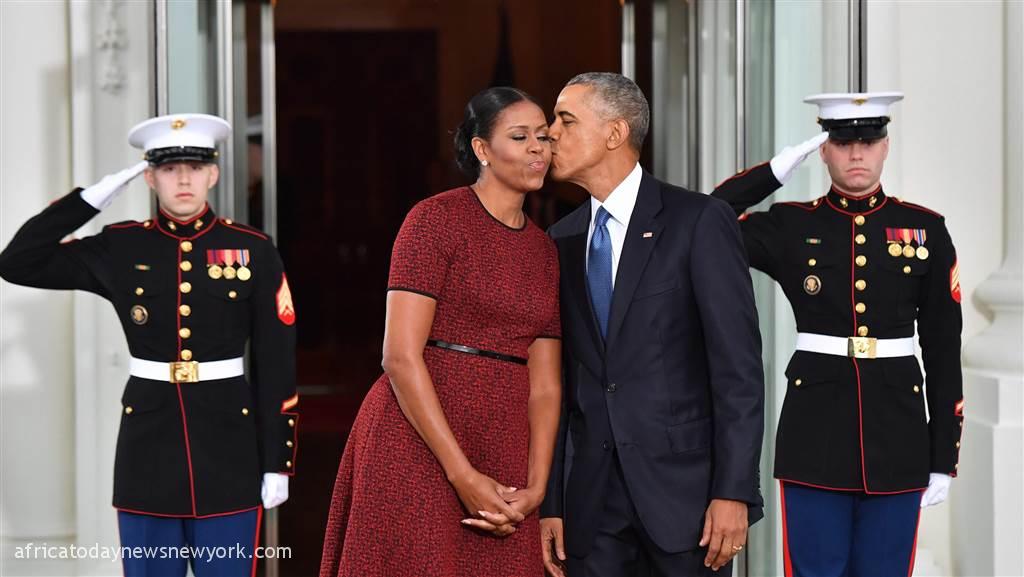 Fresh reports reaching the desk of Africa Today News, New York has revealed that the former United States president Barack Obama and his first lady Michelle Obama will finally be honoured on Wednesday by President Joe Biden with the official unveiling of their picture portraits in the White House, thereby resuming a tradition that had been snubbed under the Donald Trump administration.

“Over the course of their eight years together in the office, a close partnership between the two men grew through the highs and lows of the job and life — and of life.”

It is a norm that most of the past presidents and first ladies have typically had their portraits hung in the halls and corridors of the White House after ceremonies hosted by successors.  Democrat Obama, for example, hosted George W. Bush, a Republican, and his wife Laura Bush at portrait unveilings in 2012.

However, it had been revealed that President Trump declined to invite the Obamas — amid undisguised contempt between both leaders in the wake of the Republican’s shock 2016 election win — and the tradition ground to a halt.

The norm-shredding Republican had even reportedly ordered portraits of Bush and his predecessor Bill Clinton to be taken down from the walls of the White House’s Grand Foyer and put in the storage. However, a portrait of Hillary Clinton, the former first lady whom Trump had defeated in the presidential campaign had remained visible in a lower corridor through his tempestuous one term.

Obama’s latest return to the White House comes five months after a high-profile homecoming for a public event on health care spending.

The Obamas’ paintings had also remained strictly under wraps until the last moment, but there were expectations that the trend-setting ex-first couple would choose a style somewhat different to the often straightforward portraits of the past.