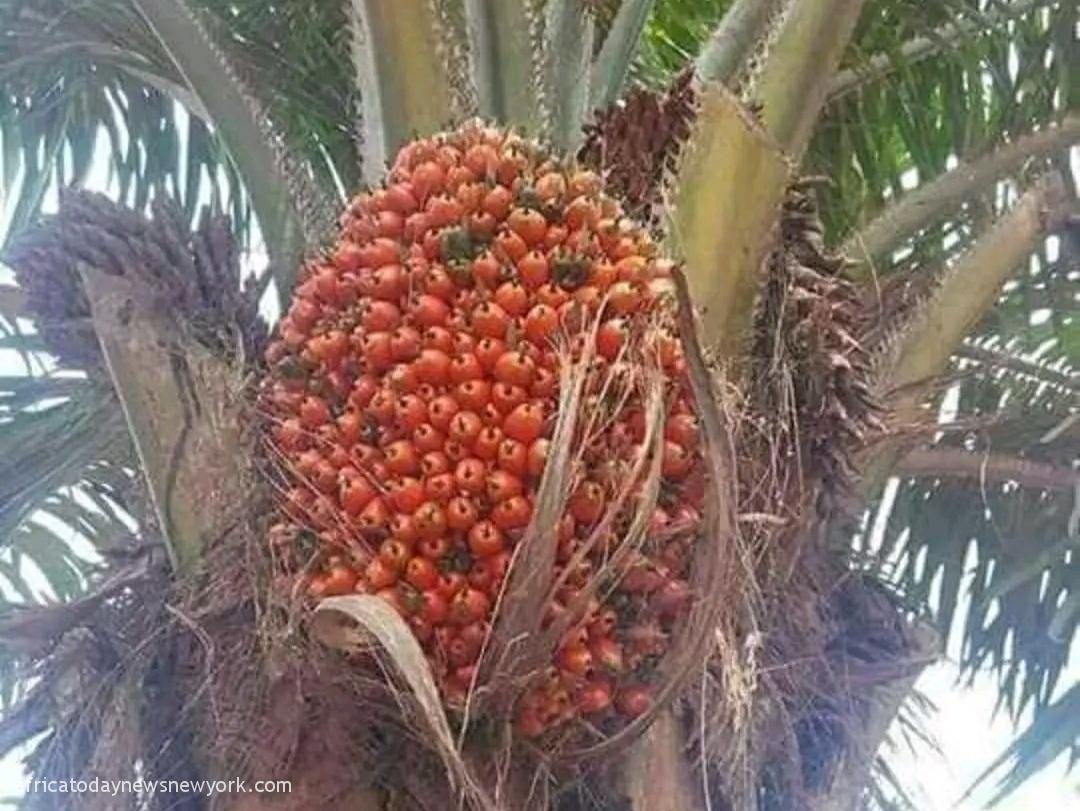 Ojukwu tree is mighty and powerful spiritual tree (Osisi Mmụọ Dị ile, Bara Uru Dị Ukwuu). A natural tree from the universe with powers that follow anyone that comes from a spiritual ancestral lineage. It is often mistaken for the Palm tree. It is another class of palm tree hence one hear of Akwụ Ojukwu. The tree is supernaturally endowed with natural powers to neutralise charms, negative energy and evil omen. Ojukwu is so powerful when one is poisoned spiritually or physically, mmanụ Ojukwu is extracted and given to the person by applying it on the body or taking spoonfuls of the oil through the mouth or anus (as enema). Osisi Akwụ Ojukwu sprouts by itself. Everything about it is unique, special and highly medicinal. In Afa language it is called Okala Ofu as it speaks in the spirit realm like every other spirits as messenger of the Gods.

It is pertinent for any chosen one to know their spiritual trees for it indicates areas of spiritual specialization for a Dibịa. Anyone who has the spiritual backings of Osisi Ojukwu is immune to charms or spiritual poisoning as the natural ability of it is a neutralizer of all sorts of charms directed to them by evil people. Once you are in good terms with your spiritual tree no matter what is done against you, Ojukwu stands firm as a spiritual back-up for protection and a back to sender projector. It can be identified by the extraordinary shiny one color all over its nuts unlike palm nut tree that has combined colors of red and black on its nuts.

Read Also: Spiritual Closure Of Graves Due To Abominable Acts In Igboland

Nowadays, Ignorant people cut down spiritual trees claiming their destinies are tied down in those trees. No wonder Africa is mocked for being overly superstitious. Let me ask, since the campaign of pastors from imported religion to cut down all natural trees endowed with natural spiritual powers, how many of the people involved or set free by that falsehood has made tremendous or extraordinary progress? If in reality, these trees have tied down their destinies, one believe in cutting them down, they would have been set free! Alas, it is not so because ignorance played a major role in their foolish adventures. The world has gone green globally, programs about climate change stares us in the face while some sleeping people are bent on destroying natural habitats that could serve as shed/shade. A place of tourist attraction and of economic importance that can bring development and grow their GDP as a village or town, if the natural values of these spiritual trees have been harnessed properly.

Let us continue to protect these natural trees from being mowed down by brainwashed Jboy followers, safe guard them! It is better to demarcate, create physical boundaries, protect them and cloth their nakedness (spiritually) by using piece of cloth ie white, yellow and red to create spiritual awareness and boundaries, so that overzealous followers of imported religion, keep away from destroying nature’s gift to mankind. We do not need to look outside in baseless comparisons and utter disregard for our own spiritual tress and natural resources. We ought to place value on nature’s gift to us.

Spiritual Efficacies Of Ojukwu Tree.
1. It is a scared spiritual tree, a spiritual warrior and protector for the chosen ones hence its deified.
2. The oil extract is used to neutralize any type of poison including the one buried inside the ground.
3. It is used to do back to sender spiritual works against any spiritual attack.
4. One can stand before it and petition against enemies.
5. The seeds are used for protection against accidents.
6. It is used in healing various sickness.
7. It is highly medicinal and contain nutrients that cure many ailments. For example, eye problem as it clears vision when Ojukwu palm nut is eaten as fruit.

8. The oil cures convulsion.
9. The brooms made from it stops and dispels witchcraft projections.
10. The palm fronds are squeezed with water then used for spiritual baths or taken in little quantity as drink to make someone vomit (anti-dote/anti-poison) spiritual poison.
11. Ferns that grown around Ojukwu tree, are used for spiritual cleansing.

Listen to the podcast on this topic here