Nigerians May Shock Us In 2023, Obaseki Warns APC, PDP 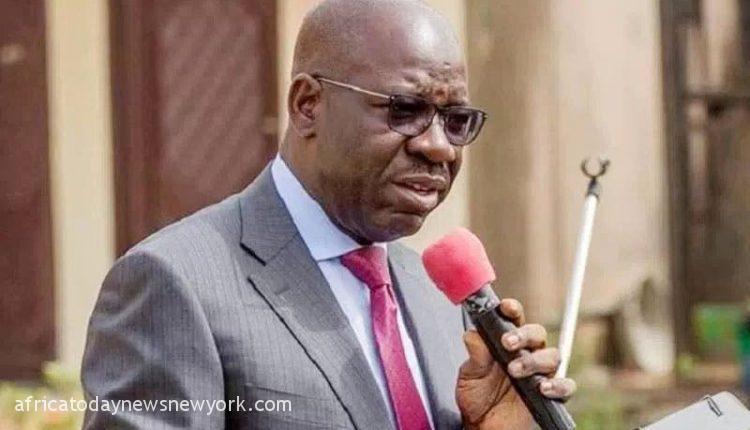 The Governor of Edo State, Godwin Obaseki has appealed to political leaders across the country to step up and find solutions to the pains of Nigerians caused by poor governance and inefficiency or expect a surprise from the electorate in the forthcoming 2023 general elections.

While speaking to journalists in Benin City on Tuesday, Obaseki stressed that Nigerians were fed up with the inefficiencies and failure of government officials and other representatives and would reject them at the polls if nothing was done to change the narrative.

He said Nigerians were closely watching the political situation in the country and were ready to shock political parties with their new political orientation.

He said: ‘I am sure we are all watching the development in the country very closely, particularly the evolving political development. It’s clear now that Nigerians are getting fed up with the government and those that represent them in government. We can see that in their reactions on social media and where their actions and emotions are headed.’

‘For us as a government and representatives of our people, we would be hurting ourselves if we ignore the changes that are coming and believe that things are still the same. We will all be shocked as we are beginning to see.

‘People are now beginning to realise that they need to demand more from people in government and those managing their resources and commonwealth; people will go out to vote their choice or interests.’

He added: ‘No political party today can beat its chest and say they will win or have a clear victory in the next election in the country.

‘We are lucky in Edo State because we saw it coming and have laid down the roadmap but our challenge is that many people don’t believe it, thinking we have time and things will still happen the way they usually do.’

In a related development, there was anxiety on Tuesday in the state as the Independent National Electoral Commission (INEC) displayed the list of candidates for the Peoples Democratic Party primary after the political impasse that marred the conduct of the exercise and the subsequent emergence of factions.