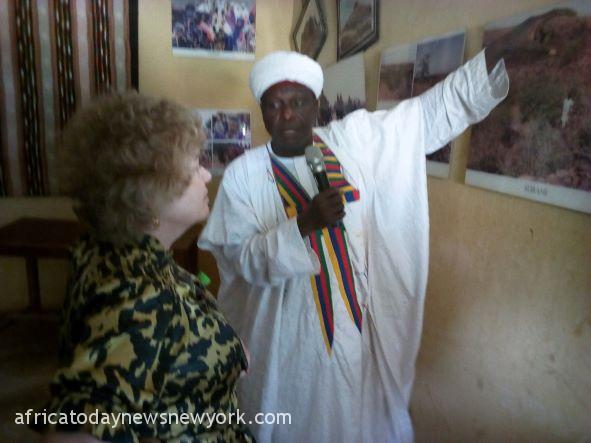 The Emir of Argungu, Alhaji Samaila Muhammad Mera has called on the British government to do their best to return some of the missing old artifacts of Kabi Kingdom missing during the colonial era.

Mera made the request during the courtesy visit of the British High Commissioner to Nigeria, Cantriona Laing, to his palace, Argungu.

The Emir, represented by the High Chief of the Argungu Emirate Council, Alhaji Ibrahim Hassan, Kundudan-Kabi, explained that some of the old artifacts were missing during the colonial rule.

According to him, ‘I want to make a request, an appeal to the British government to please, help us to return all our missing artifacts to Kabi Royal palace.’

He also condoled the British government and its people over the death of the Queen Elizabeth II, stressing that the history of Nigeria could not be viewed completely without mention of the role of the United Kingdom.

In her remarks, the British High Commissioner to Nigeria, Cantriona Laing, appreciated the warm welcome she and her team received at the Emir palace.

She explained that the state Governor, Senator Abubakar Atiku Bagudu has told her many things about the state in the areas of economy, history, and how the state is united by four emirates.

Laing also visited Kanta Museum, Wacot Rice Mill in Argungu, where she interacted with the management and staff of the institutions.

In another report, Christie’s proceeds with the sale of artifacts, says the transaction is lawful given that objects were sold at past auctions.

Auction house Christie’s has gone ahead with a sale of statues which Nigerian museum officials said were stolen during the country’s civil war in the 1960s.

Nigeria’s National Commission for Museums and Monuments had demanded Christie’s stop the sale of the artifacts, which were collected by an art dealer and adviser of the late French President Jacques Chirac.