Why ASUU Was Asked To Call Off 7-Month Long Strike 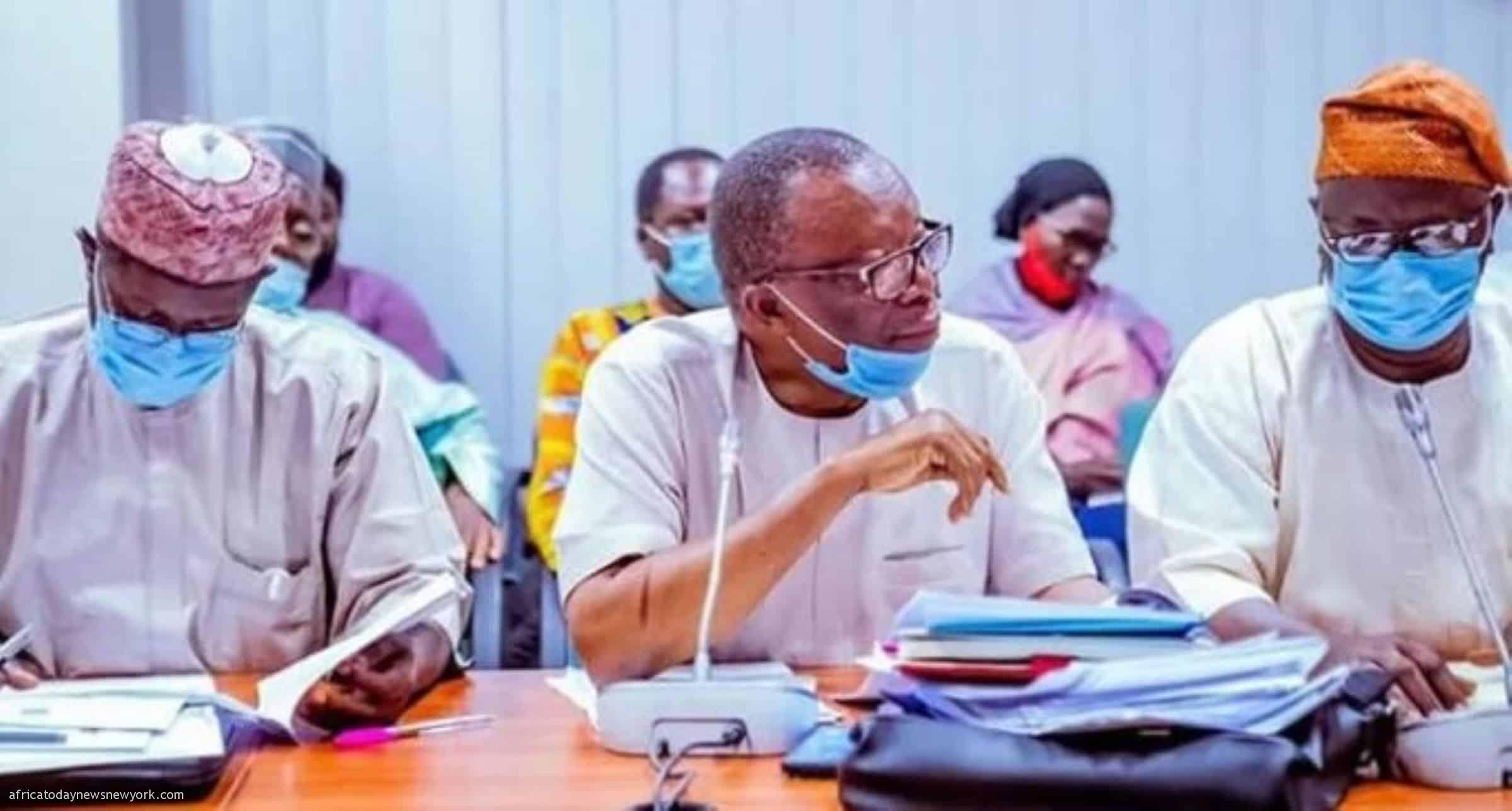 The National Industrial Court (NLC), sitting in Abuja yesterday directed the Academic Staff Union of Universities (ASUU), to call off its seven-month-old strike.

However, in a swift reaction, ASUU asserted that it would appeal the ruling today (Thursday), just as the National Association of Nigerian Students, NANS, expressed satisfaction with the order of the court, stressing that students had been the major victims of the strike.

Similarly, parents, under the aegis of the National Parent Teacher Association of Nigeria, NAPTAN, asked the government and the union to obey the ruling of the court.

The court order in a ruling delivered by Justice Polycarp Hamman followed an application the Federal Government filed for an interlocutory order to compel ASUU, which embarked on strike since February 14, to return to the classroom.

The Federal Government’s lawyer, Mr James Igwe, had prayed the court to order the striking varsity lecturers too, in the interim, return to work pending the determination of the substantive suit before the court.

He maintained that the matter is not only urgent but also of great national interest as millions of students had been at home for over seven months.

‘Section 47 of the Trade Dispute Act, TDA, gives your lordship the power to direct that no worker should continue to embark on strike pending when the applications are heard and determined,” Igwe argued.

He contended that under section 18(1)E of the TDA, employees could not continue a strike when a matter was already referred to the industrial court for adjudication.

Igwe said there is a need for the matter to be expeditiously determined to enable university students to return to school, adding that failure to call off the strike will cause irreparable damage not only to the students but also to the nation.

According to him, since the dispute between the Federal Government and lecturers is already before the court for adjudication, it will be proper and in the interest of justice for the strike to be suspended.

In his ruling, Justice Hamman held that the application is meritorious and deserved to be granted by the court.

While dismissing objections ASUU raised through its lawyer, Mr Femi Falana, SAN, the court held that the strike is detrimental to public university students that could not afford to attend private tertiary institutions.

The court, thereafter, issued an order restraining ASUU, “whether by themselves, members, agents, privies or howsoever called, from taking further steps and doing any act in continuance of the strike, pending the hearing and determination of the suit filed.”

It, however, declined to award costs against ASUU as the Federal Government had demanded.

It will be recalled that ASUU had embarked on an initial four weeks strike to press home its demands that included improved funding for universities, as well as a review of salaries for lecturers.

It subsequently extended the strike indefinitely on August 29, following a breakdown of negotiations between the union and the government.

While ASUU accused Federal Government of not being sincere in its negotiation, the government, through the Minister of Labour and Employment, Senator Chris Ngige, approached the court to compel the striking lecturers to return to the classroom.

Specifically, the government urged the court to “interpret in its entirety the provisions of Section 18 LFN 2004, especially as it applies to the cessation of the strike once a trade dispute is apprehended by the Minister of Labour and Employment and conciliation is ongoing.”

It also requested, “an order of the court for ASUU members to resume work in their various universities while the issues in dispute are being addressed by the NICN in consonance with the provisions of Section 18 (I) (b) of the TDA Cap T8. LFN 2004.”

ASUU had in a counter-affidavit filed before the court, opposed the suit on the premise that the Minister of Labour and Employment, Chris Ngige, lacked the power to order the court in the referral to direct it to call off the strike.

ASUU’s lawyer, Falana, SAN, argued that such referral amounted to a directive from the minister to the court.

He maintained that neither a minister nor the President could wield such powers as to control a court of competent jurisdiction.

Falana, SAN, argued further that FG failed to follow the due process as stipulated in part 1 of TDA 2004.

According to him, the law provided that such matter must first pass through the Industrial Arbitration Panel, IAP, before landing at the NIC.

Falana argued that ASUU would not have embarked on strike had the government kept to agreements and the Memorandum of Understanding, MoU, it signed with the union in the past.

Justice Hamman dismissed the objections and ordered the striking varsity lecturers too, in line with provisions of the TDA, to return to the classroom, pending the final determination of the suit before the court.