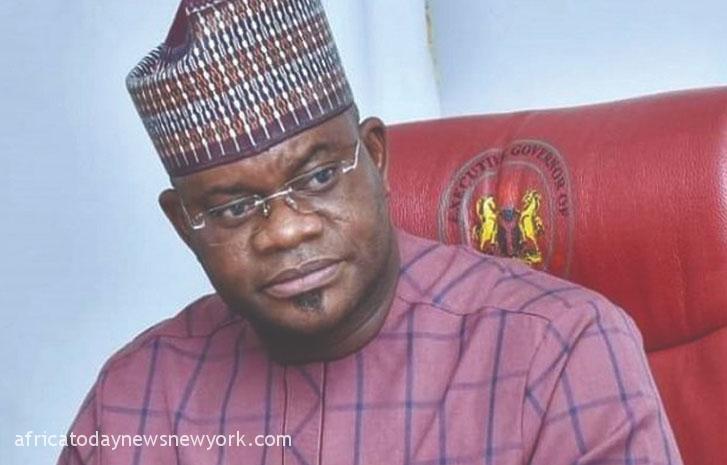 Yahaya Bello who is the Governor of Kogi State has recently boasted that Nigeria would have been partly sold to China but for President Buhari’s intervention.

He had also revealed that the intervention of President Muhammadu Buhari and also the All Progressives Congress (APC) government had also halted it.

The governor had made this comment when he had been interviewed on an Arise TV session.

Bello had also been asked what the ruling APC intends to do about the state of the economy and unemployment and his attention had been called to the over 50 per cent rate and the 13,000 healthcare workers who have relocated to the United Kingdom in two years.

Bello replied: “The statistics or the numbers you just read out, where are they coming from? What are the processes?

“Most of the times, we question the statistics because I am most affected sometimes in Kogi State

“For instance, the NBS (National Bureau of Statistics), or in the media, or out there, people say you’re owing salaries.

“Even one particular elite put it on his Facebook that I am owing salaries up to 18 months.

“I am not saying that are there no work to be done on unemployment, improvement of our economy,

“The next thing is: which of the countries of this world is having it rosy now?

“In fact, if anything, without this administration of President Muhammadu Buhari, under APC, probably, Nigeria would have been partly sold…

“..to either Chinese or any other person outside this country, because of the way the economy was managed before we came on board in 2015.

“In every system, there are saboteurs, there are Judas. We have them abound within and outside this APC administration of President Buhari”, Bello added.

The Kogi helmsman is the National Youth Coordinator of the over 400-member APC Presidential Campaign Council (PCC).