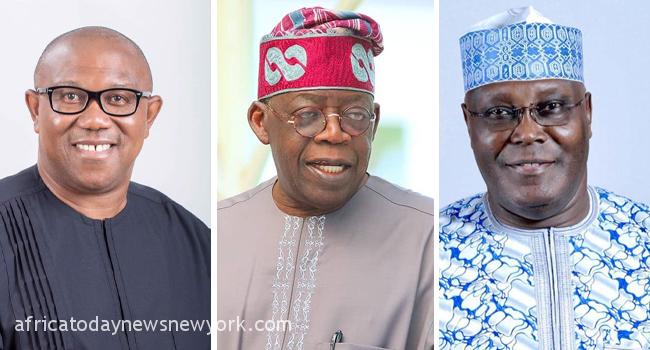 The Northern Elders Forum (NEF) claims that its option of a consensus presidential candidate is still open and that it will announce its preferred candidate for Aso Rock’s top job for the upcoming February presidential election after a demanding but fruitful interrogation exercise. Campaigns are set to kick off on Wednesday.

The Forum added that its chosen presidential candidate among the 18 parties with formal recognition must be mentally and physically capable of leading Nigeria and addressing the critical security and economic issues plaguing the nation.

On Channels Television’s Sunday Politics, NEF spokesman Hakeem Baba-Ahmed stated, “We have a notion what the next President should look like.”

He added that the northern elders will learn from their error in 2015, when they endorsed Muhammadu Buhari of the All Progressives Congress (APC) and urged the locals to cast their bloc ballots for him.

The next president of Nigeria, according to Baba-Ahmed, needs to be able to safeguard the nation, strengthen the economy, and develop plans for the 34 million out-of-school children in the area. He also notes that the candidate’s views on restructuring and other national concerns would be considered.

The north will support a candidate on the basis of this, he said.

The NEF spokesman responded to the question of what zone or region the next president ought to come from by saying, “What he intends to do in terms of satisfying us that he has the mental capacity, the physical capacity, the intellect, the willingness to tap into the best that is available, and sensitivity to a number of key issues that are central to our survival as a country. Those elements are going to serve as our foundation for supporting a candidate.

Bola Tinubu of the APC, Atiku Abubakar of the Peoples Democratic Party (PDP), Peter Obi of the Labour Party, and Rabiu Kwankwaso of the New Nigeria Peoples Party (NNPP) are the leading contenders for the presidency in the general elections of 2023. While Tinubu and Obi are from the south of Nigeria, Atiku and Kwankwaso are from the north, raising questions about whether NEF will support them.

Baba-Ahmed countered, saying, “At this point, our options are open. We won’t base our decisions on particular criteria, such where the candidates are from…

“I am qualified to speak for the Northern Elders’ Forum. We didn’t say we would exclusively back candidates from the north; rather, we pledged to preserve their freedom to compete openly and fairly with others. If we believe a northern candidate is the best, we will back him and won’t ever apologise for it.

Read Also: We Won’t Vote Based On Sentiments In 2023 — Northern Elders

“We will back a southerner if we think he will fairly represent the interests of the north and other regions of the country. We value finding the best options, thus that is what matters to us.

The NEF representative emphasised that the organisation had enough sway among northern Nigerians to carry out its obligation to support the most qualified candidate.

“We are not endorsing anyone; instead, we will back the candidate who best represents the best interests.

He stated, ‘We hold the burden of advising a lot of people in the north where to go and we will exercise that obligation very seriously. They had better be willing and we will put all those applicants through a rigorous procedure if they are willing.’