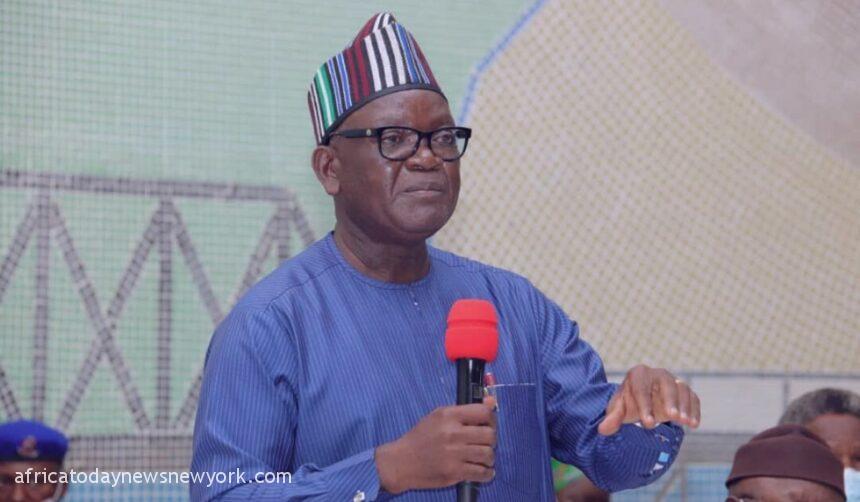 The governor of Benue State, Samuel Ortom has debunked news making rounds in the media that he has broken away from his ally and River State counterpart, Nyesom Wike over his call for the resignation of the national chairman, Peoples Democratic Party (PDP) Dr. Iyorchia Ayu, declaring that ‘I stand with Wike’.

The governor who was responding to the media publication made his stand known during a meeting with the PDP zone B caucus where the governor was quoted to have said that ‘it is impossible for him to advocate for the removal of someone he worked tirelessly, alongside other prominent citizens of Benue State to be elected as PDP national chairman.’

He said, ‘I am shocked to see the media awash with the headlines that myself and Wike have parted ways, because me and Wike came back from London yesterday morning. We are friends and I still maintain my stand on what I said. I have not moved away from it and I am still sympathizing with Wike on the injustice meted on him’.

Read Also: 2023: Wike Jets Off On Fresh Trip To Europe Amid PDP Crisis

According to him, ‘The Board of Trustee (BoT) were here a few days ago and we deliberated on the matter and they sought my opinion to know what my thinking was about the crisis. I told them the truth as far as I am concerned and they took it with passion and also asked me for my recommendations which I also gave them.

‘For us the PDP in Benue State, we have no issue from bottom to top and I hoped the recommendations and suggestions I made to the BoT when they visited me will be taken into cognisance so that our party will take over power in 2023.

‘Politics is about interest and where your interest is not protected, you have the right to protest and I think that is what is happening. The party leadership has not been fair to Governor Wike based on activities that took place during and after the convention.

‘We have not been able to deploy internal mechanisms to resolve the lingering issues bedeviling the party and this is all I have been saying. I sympathise with him and still stand with him that let the leadership of the party at the national level do the same thing’