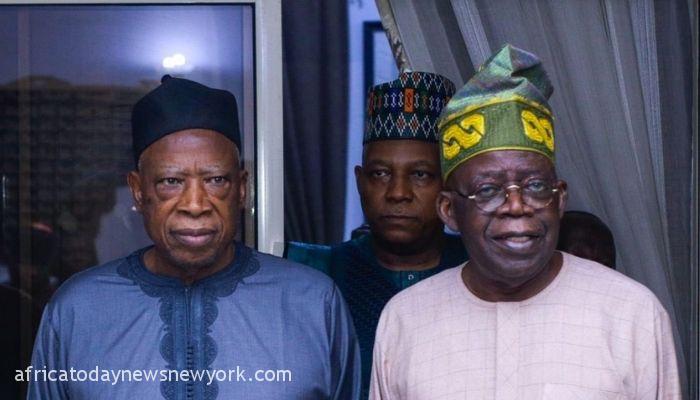 Against the backdrop of the brewing crisis in the ruling All Progressives Congress (APC), the presidential candidate of the party, Asiwaju Bola Tinubu is planning to include an additional 2,000 members in the newly constituted Presidential Campaign Council of the party.

Africa Today News, New York gathered that this was being considered to pacify APC National Working Committee members and state governors who were dissatisfied with the 422-member campaign council.

The development came on the heels of a letter purportedly written by the National Chairman of the APC, Abdullahi Adamu, which accused Tinubu of running a one-man show over the selection of members of the PCC, among others.

Tinubu had last Friday unveiled a 422-man committee comprising political heavyweights and other notable members to pilot the various sub-committees of the campaign council.

The list of members released by Secretary of the Presidential Campaign Council, James Faleke, in Abuja, followed a series of postponements and conjectures about those who would be saddled with the task of leading the ruling party’s bid to retain power at the federal level.

The campaign council chaired by the President, Major General Muhammadu Buhari (retd.), has Tinubu and the APC national chairman, Adamu, as co-deputy chairman.

Read Also: The End Of Insecurity Is Near, Buhari Boasts

Also on the PCC are APC governors, ministers, lawmakers, ambassadors as well as serving and past public office holders.

Others on the list are ICT/data management; intelligence and security; labour; logistics and support service; medicals; policy research and strategy; protocol and events, and others.

However, the composition of the PCC did not reportedly go down well with some APC governors, especially Governors Ben Ayade of Cross River and AbdulRahman AbdulRazaq of Kwara State.

The governors were said to have expressed shock over the exclusion of their nominees after the painstaking efforts they took to identify potential candidates who could mobilise support and deliver votes for the party in the 2023 polls.

They were said to have tabled their grievances with the Chairman of the Progressive Governors Forum and Governor of Kebbi State, Atiku Bagudu and the national chairman of the APC, Adamu.

Members of the NWC also disowned the PCC list, saying the presidential candidate did not allow them to properly vet the names before he made the premature announcement.

While arguing that the composition of a presidential campaign council is something that ought to be done jointly by the candidate and the party, the aggrieved NWC members maintained that the list contains certain names that shouldn’t have been added because they have little or no electoral value.

When contacted on steps the party and its candidate are taking to address the grievances, the spokesperson for the APC Presidential Campaign Council, Festus Keyamo, confirmed that the list released on Friday was inconclusive.

Keyamo disclosed that the earlier published list contained names of leaders in each directorate, adding that a supplementary list of over 2,000 ‘membership cadre’ is on the way.

He said, “All their nominees will be included. The list was released in two parts. The one we released was the first one. In the coming days, more than 2,000 additional names will be released.”

On the difference between the membership cadre and the first, he said the first list contained the heads of each directorate.

He stated, ‘For instance, in my directorate which is ‘public affairs’, you will see only three names. And, of course, you know only three persons cannot run my department for the whole country.

‘Even under Bayo Onanuga in media and publicity, there are only three or four names there. That also cannot run a whole campaign.

‘Now, what we are saying is that with the release of the membership cadre, we will now have more than 100 people under each directorate, including mine.

‘That’s why I said there is absolutely nothing to fear. The 422-member list is not all the people nominated for our campaign. You know we are more organised than those other people who are falling every day. So, don’t worry.’’

On concerns raised by the APC NWC members that they were not permitted to properly vet the list before it was unveiled to the public, the Senior Advocate of Nigeria noted that there was no iota of truth in the report.