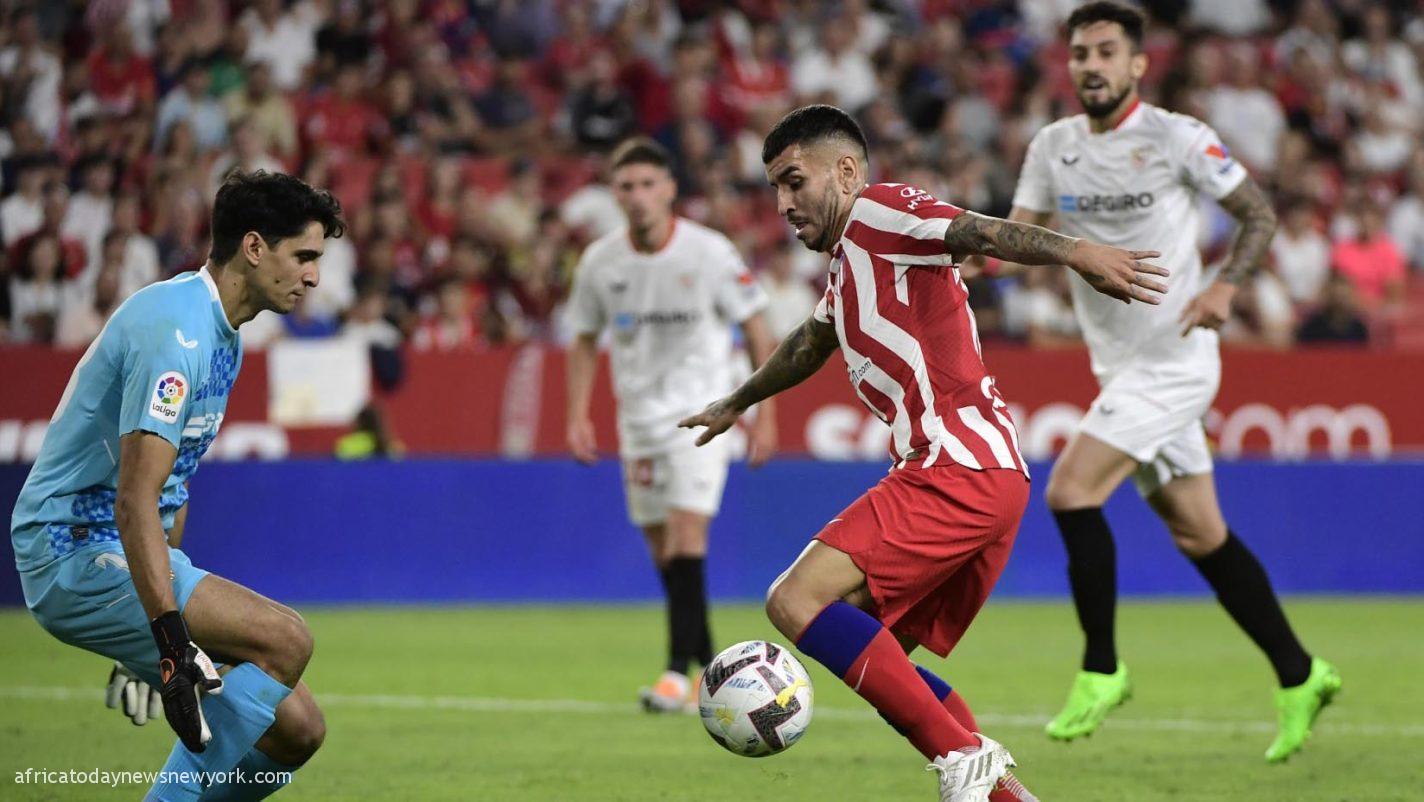 In the sporting sphere, Atletico Madrid had cruised to a 2-0 win over a toothless Sevilla thereby tearing down the myth on Saturday in La Liga which in turn increased the pressure on Julen Lopetegui.

The Goals by Marcos Llorente and Alvaro Morata’s had also taken Atletico Madrid provisionally up to sixth position, while leaving the hosts of the tournament at 16th, just a point above the relegation zone.

With only one win from seven league games, Sevilla supporters had also showed their feelings at full-time, with a chorus of jeers and whistles for their own team at the Ramon Sanchez-Pizjuan.

Atletico coach Diego Simeone had managed to pick a muscular starting side, with four central midfielders comprising the core, and it had paid dividends as his team dominated.

In another report, Arsenal forward Gabriel Jesus has revealed that he actually quit Manchester City due to the system which was being implemented by manager Pep Guardiola.

The Brazilian became the Gunners’ headline summer signing in a deal worth £45million, and has hit the ground running with four goals and three assists in eight games.

‘The thing was the way [Guardiola] understands football and what he wanted,’ Gabriel Jesus told ESPN Brasil. ‘Then it was up to you to accept it or not. If you don’t accept it, ‘thank you’ and let’s go for another challenge.

‘I accepted it for a while, but there came a moment when I said: ‘I want another thing for myself.’ I thanked him, ‘thanks for everything,’ he understood, and we moved on. It is different here at Arsenal. The football is different – different players, different ways to play.

“At City, it was different. The striker didn’t touch the ball that much, you see this by watching the games. And, when it was time to touch the ball, it was not the striker, because [Guardiola] ended up putting a midfielder to come closer. OK, fine. So, I decided to change.”

Gabriel Jesus added: “I talked a lot with Arteta about Arsenal’s style,” Jesus added. “He knows me, I know him, I understood what he wanted from me. Now, I’m free on the pitch, playing football with a smile on my face and trying to do my best all the time.”

Gabriel Jesus this weekend will experience his first north London derby as rivals Tottenham make the short trip to the Emirates Stadium, a match the Brazilian is looking forward to.