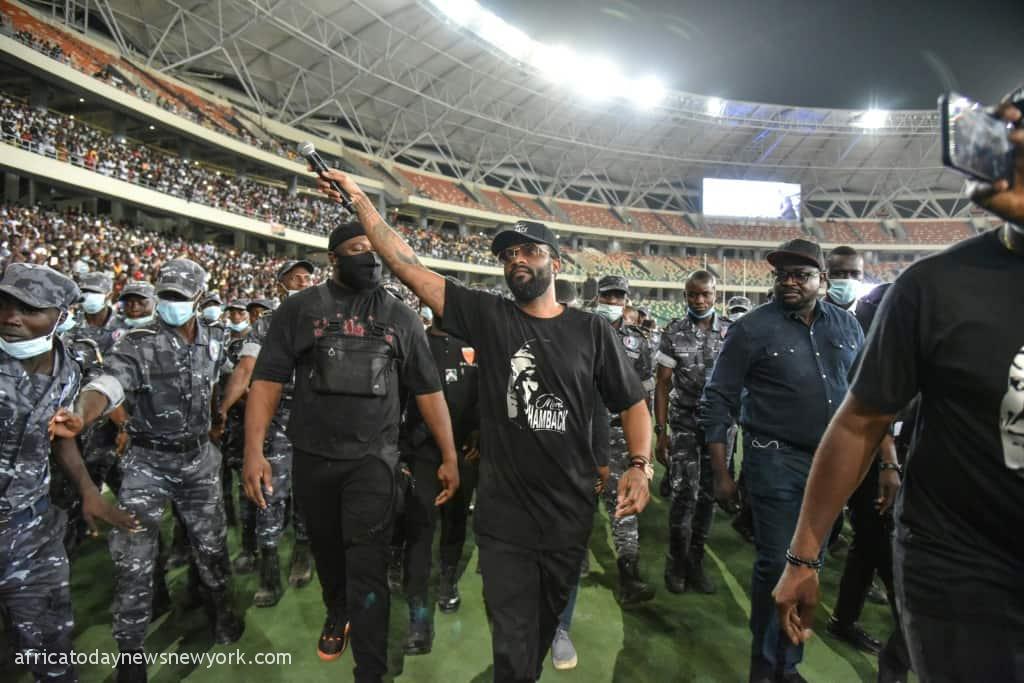 Reports reaching the desk of Africa Today News, New York has it that a stampede which happened on Sunday left no fewer than seven spectators and one police officer dead during a packed concert by African music star Fally Ipupa at the biggest stadium in DR Congo’s capital.

This was confirmed to newsmen by the police chief on Monday morning.

‘There were eight deaths including one police officer,’ general Sylvain Sasongo explained.

The Martyrs’ stadium has an 80,000 capacity and reports confirmed it was absolutely full for the local favourite, with one witness saying “even the corridors” of the stadium were overflowing.

‘It was a stampede,” that caused the deaths, a policeman on the scene told the official Congolese Press Agency. “The music lovers suffocated.’

The agency, which had reporters in the stadium covering the concert, said police had cordoned off three areas to secure the pitch, the VIP stand, and the stage.

“Under the pressure of the crowd, the police could not hold out long,” ACP said.

Singer-songwriter Fally Ipupa, ‘like all Congolese singers’, had arrived several hours after the show had been scheduled to start, the agency noted.

Africa Today News, New York reports that the Kinshasa-born 44-year-old is one of Africa’s leading musicians whose albums sold worldwide.

In another development, no fewer than seven people were killed and about 16 others badly burnt after a tanker truck exploded in a village in the western Democratic Republic of Congo, a provincial chief has confirmed.

Africa Today News, New York reports that the blast had occurred overnight in the village of Mbuba which was about 120 kilometres (75 miles) west of the capital Kinshasa, Kongo Central provincial governor Guy Bandu tweeted.

Mbuba lies on the busy RN1 highway linking Kinshasa to the ports of Matadi and Boma.