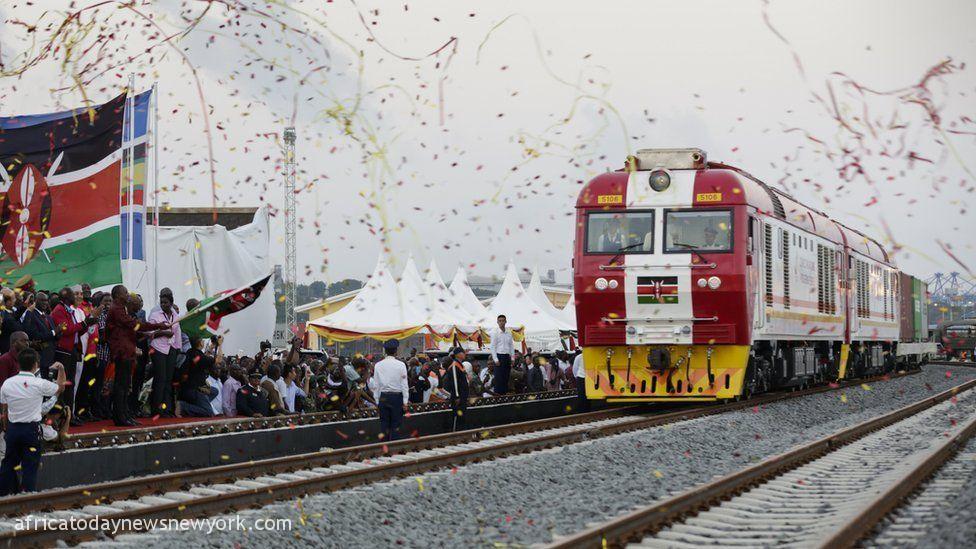 The transport minister of Kenya has finally published the secret documents of a massive Kenyan railway project signed with China after years of trying to hide them from the public.

On many occasions, its viability has been questioned since it was launched.

Construction work on the standard gauge line is expected to start in October this year, and the 610km (380-mile) stretch from the coast to Nairobi is due to be finished in early 2018.

‘The costs of moving our people and our goods… across our borders will fall sharply,’ Kenyan President Uhuru Kenyatta told a news conference after the signing also attended by the leaders of China, Uganda, Rwanda and South Sudan and representatives from Tanzania, Burundi and the African Development Bank.

Recall that sometime in November 2021, Mr Kenyatta laid the foundation stone in Mombasa for the first phase of the project.

Publicising details of the railway’s loan agreements was one of President William Ruto’s campaign promises in order to end speculation among Kenyans on what the government signed on their behalf.

In a tweet on Sunday, minister Kipchumba Murkomen said copies of the agreement had been given to the majority leaders in Kenya’s parliament and also shared with the media.

The agreements were signed by the Kenyan government, represented by the national treasury, and the Export and Import (Exim) Bank of China in 2014.

Local media coverage on the released agreements indicates that the Chinese lenders were given sweeping powers, including requiring arbitration of any dispute to be held in Beijing, according to the Daily Nation newspaper.

The main contractor of the project was exempted from all taxes, the Standard newspaper reports.

In 2020 the Chinese foreign ministry denied claims that the Mombasa port, one of the biggest in sub-Saharan Africa, was used as a collateral in the agreement.