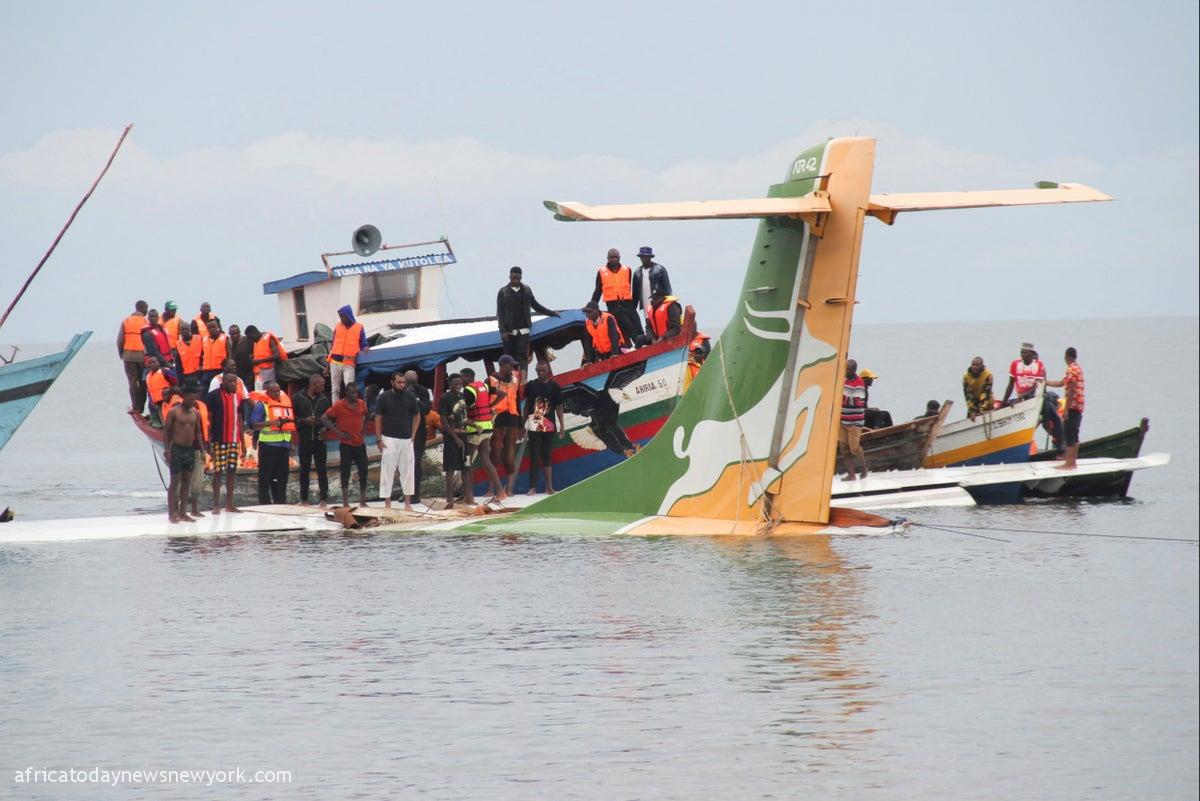 Sunday’s plane crash in Lake Victoria in Tanzania has so far taken no fewer than 19 lives according to Prime Minister Kassim Majaliwa who confirmed that the Precision Air flight with dozens of passengers aboard plunged into the water while approaching the northwestern city of Bukoba.

After arriving at Bukoba airport, where the flight had been scheduled to land from financial capital Dar es Salaam, Majaliwa told a crowd that; ‘All Tanzanians are with you in mourning the 19 people who lost lives during this accident’.

Regional authorities and the airline earlier said that 26 survivors out of the 43 people on board flight PW 494 had been pulled to safety and taken to hospital in the lakeside city in Kagera region.

It was not immediately clear if the 19 victims included rescuers who drowned or whether the 48-seater aircraft had more people on board than previously disclosed, a regional official said.

‘We are continuing to investigate, there is a possibility that two people were not onboard but died during the rescue effort,’ said Kagera regional commissioner Albert Chalamila.

Precision Air, a publicly-listed company which is Tanzania’s largest private airline, said it had dispatched rescuers to the scene.

‘An investigation team consisting of Precision Air technical staff and TAA (Tanzania Airports Authority) has also departed to join the rescue team on the ground,’ the airline said in a statement.

‘Precision Air sincerely understands the anxiety for confirmed information and will therefore do its best to issue more details,’ the company said.

It said the aircraft was an ATR 42-500, manufactured by Toulouse-based Franco-Italian firm ATR.

Video footage broadcast on local media showed the plane largely submerged as rescuers, including fishermen, waded through water to bring people to safety.

Emergency workers attempted to lift the aircraft out of the water using ropes, assisted by cranes as residents also sought to help.

President Samia Suluhu Hassan expressed her condolences to those affected by the accident.